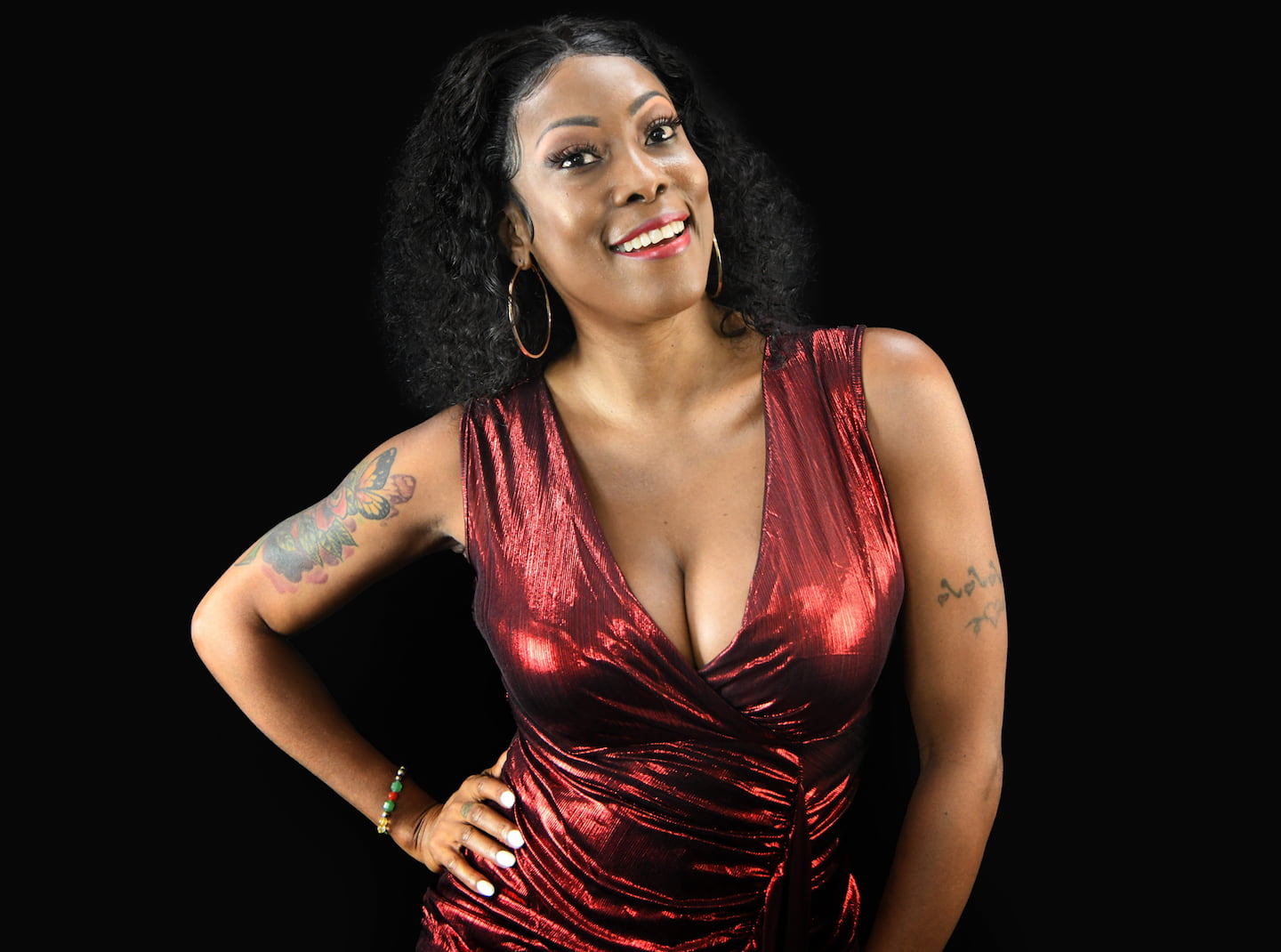 Claudia Rosalyn Rattigan is a no-nonsense professional with invaluable experience. Although many may be familiar with her as the ‘Hybrid Queen’ on social media or being the woman standing beside popular entertainment figure Rodney ‘Bounty Killer’ Price, that’s only part of her story.

Rattigan told Flair that she can pinpoint the exact moment she was inspired to pursue entrepreneurship, which has led to her now managing several companies and climbing up the ladder in the high-frequency forex (HFX) market as a trader. Sitting in an upscale bar on a trip overseas, Rattigan remembers overhearing two men voicing misconstructions of women within the fashion industry, that castings also included escort services. Hearing that conversation, the then aspiring model made a 360-degree turn and never looked back. “I did earn a few coins on that walk, but I am not afraid to admit that I got scared along the way. The industry in the US was nothing like Jamaica,” she said.

Make no mistake, Rattigan is one of the most courageous and ambitious women you’ll ever meet. She had already given birth to a little boy when she started her adventure. Motherhood, she said, motivated her to stay atop her game. Born into a family of beauticians and entrepreneurs, and she picked up the knowledge that became instrumental in starting her own business when her first calling did not live up to her expectations.

“I was young and impressionable. I watched students clear the way for the likes of Althea Laing as she glided across the auditorium of my alma mater. She was gorgeous and divine; it didn’t look like she was walking. Immediately the bells went off, and as soon as I had my baby (right after high school), I began to pursue the career. Even when my son’s father said, ‘You’re pretty, but you’re not model pretty’, I still held on to the dream,” Rattigan shared, admitting that initially, it caused some disillusionment, but she was able to push ahead.

Rattigan grew up in the Olympic Way community. Her parents migrated when she was a little girl, and she was raised primarily by her father’s mother, Gloria Dale. Though they had a gas stove, much of the cooking was done by using a coal stove. “There was no way I would not have learnt to cook, and we didn’t eat bread for breakfast; it was always bananas and dumplings, that means we had to get up early to start the cooking,” she recalled.

Rattigan’s grandmother was such an instrumental figure in her life that her death left a tremendous void in the lives of her family, and was the instance, she shared, that forced her to grow up. “She was the backbone, not just for the family, but my backbone, (so) I went through a downward spiral. I mean, I had experimented with sex early, and she supported me by taking care of my son, who was around three years old and had just started preschool when she passed. Only tasks I had was to give him some breast; she handled everything else, and it was unconditional love. Her death left me in limbo, not knowing what to do,” continued an emotional Rattigan.

In her spiral, as a young mother with big dreams, she explored religion until she began feeding on lessons of her grandmother that were engraved in her mind and her overall upbringing.

She shared, “It was her spirituality that saved me. Remembering how to pray, her nurturing qualities, and her guiding me on how to be a good businesswoman – I channelled all that she imparted into being a mother and entrepreneur. Looking back, my family was a mixture of really poor (my mom’s side) and middle class, but it ended up being beneficial for me because I was exposed to both sides of the world, knowing the importance of compassion and humility from early. And on the other end, I also learnt how to balance books.”

She did her time in beauty school, worked in a family-owned salon, and realised that she had to become her own boss sooner rather than later. As a beautician, Rattigan is adept, and as a businesswoman, she tips the scales.

There’s power, especially for young women, in talking about money: how to make it in minutes and to put in the work to make it – and how it impacts their lives, said Rattigan.

“Being an entrepreneur means freedom for me. From early, I know I could not have a boss – not even family. I started my own salon little by little because I refused to work under my aunt in a family-owned salon. First, I rented a booth, then became the landlady for a entire shop space, invested my earnings into a commercial fishing boat (which is still providing income). I had a start-up taxi company, but did away with it before suffering any losses in the pandemic. I was able to purchase property, and now, I am making money in minutes with HFX. Trust me, it may sound strange, but it’s not hard. All it takes is determination to learn, and patience,” she said.

As to her relationship with Bounty Killer, she said not only does her star align with his, but she is imparting balance there as well.

“It is true that being with Rodney comes with a lot, and him test my patience all the time (laughs), it’s in his nature; but seriously, he is the one who taught me patience. And in return, I impart compassion. It’s not difficult being an entertainer’s significant other. As the symbol of a Libra shows, I am always balancing the scales. I only hate when people trying to get to him through me, for dubs or whatever,” she said.

Rattigan continued, “Funny enough, I got deeper into spirituality through someone who showed up in my inbox cussing me out about him. If I didn’t inspect her page, I probably would not have learnt about the practice of mindfulness meditation, which teaches you to focus on your breathing and nothing else, to switch off thoughts – ignore the phone, the computer – it forces persons to be disciplined thinkers. Almost all of my friends are practising meditation and speaking positive affirmations. I encourage everyone to try it for 21 days.”

She says her life has been transformed by doing meditation daily to balance her mind, body and business.“I always tell people I have nine lives, and I have lived eight. I don’t read negativity, to the point where selenite crystals are placed at the entrance doors of my home to cleanse the spirit of anyone who enters. I just want to be a light in that darkness, lead by example, and let everybody knows that positivity is not only willing it, but when a person starts being positive, that is when he or she will start to see results,” Rattigan said.