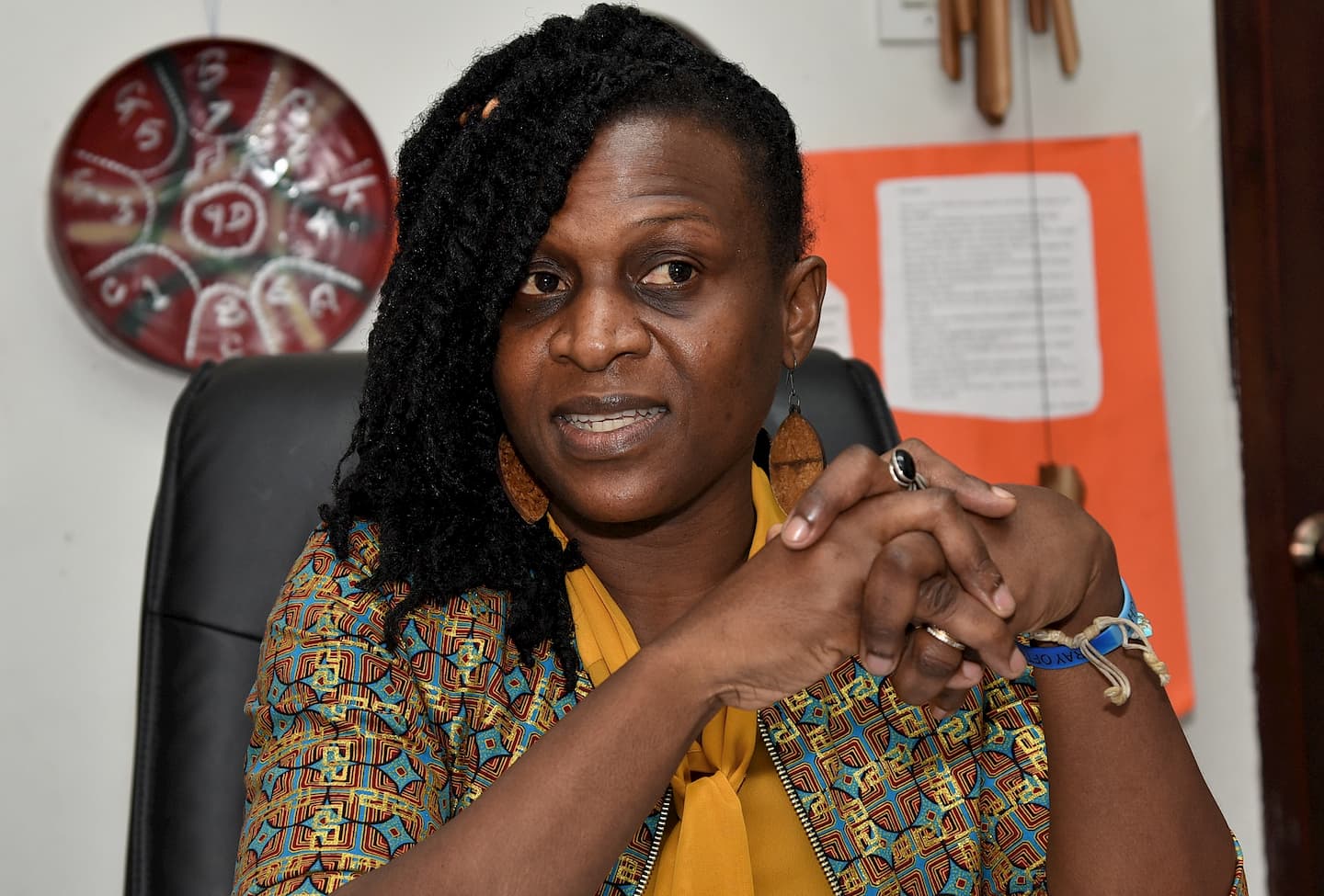 Travel across the world and you’ll find there is none like Sahai Whittingham-Maxwell. A staple in the world of law, she is a Parish Court judge at the Kingston and St Andrew Family Court. Judge! Your Honour! She must be intimidating, right? Well, Judge Whittingham-Maxwell is definitely not! With a number of impressive accolades and a touch of sophisticated flair, she is good-natured, distinguished and inspiring.

Judge Whittingham-Maxwell has been serving in this capacity for a little over two years. Her job is very important; there’s no questioning that. But for her, family comes first. A wife to Manchester Parish Court Judge Courtney Maxwell and mother of two boys, Blaze, who’s 10 years old, and Storm, a five-year-old, the justice referee confessed to Flair that her many hats oftentimes compete with each other. However, the connection the strong family bonds and the power of holy matrimony always prevail.

If you already know her, you must be aware of her determination to excel. The University of the West Indies and Norman Manley Law School alumnus holds a first degree in Political Theory and a Bachelor of Law (LLB) and a Certificate of Legal Education (CLE).

She entered the legal world 13 years ago, starting out as a volunteer at the Legal Aid Clinic, and spent most of her career as a prosecutor in the Office of the Director of Public Prosecutions.

“Aaww,” Judge Whittingham-Maxwell sighed, expressing her frustration at the challenges of being a career mom. This affects her emotionally.

“My job is very demanding and I work every day, but I love my job, particularly the impact that I make. I’ve found that because of my job, I am not able to give as much as I want as a mother. That’s why I have chosen to go without a helper because it is important to have bonding opportunities outside of a stranger coming into the house,” she told Flair.

Living like this over the past year has afforded her a rich experience with her family. It even affords her enough alone time, which she spends thinking of vegan ice cream and nature.

This judge operates differently from some. She focuses on rehabilitation instead of punishment. Essays that explore good and bad choices, as well as ambitions, is one method she uses in her cases. Counselling for parents is another option.

“The most touching experience I’ve had in court was watching a grown man fall apart after discovering that his only child who was literally born in his hands is not his. It was devastating for him. I had to leave him in the courtroom alone to recover because he was ruined,” she said.

Her family brings her the most joy. And it’s with them that she shares her most unforgettable moments; her favourite, the birth of her first child. According to her, her family was convinced that she was infertile. Another is, when she thought she was losing Blaze who had a collapsed lung and was advised not to leave the hospital a day before his malady was discovered.

“I think I was most human that day. I got a call that he needed to be rushed to the hospital immediately. When I saw my son I thought it was a corpse because he was pretty much lifeless. That was my most devastating [moment]. It threw me back to my mother who lost two children. When they are sick, it brings me to a place of fear, which I need to overcome.

Judge Wittingham-Maxwell invests in her natural beauty. Her go-to enhancer is vaseline, which is always in her bag. Next to the that in her bag, is her jar of coffee which ensures that she is always powered, a deck of cards to entertain her boys, motivational books, which she draws strength from, and CDs to keep play her favourite hit songs while driving.

The easy-going law woman also adores art, especially those that resonate with the cool, calm and peaceful country life.

“I like to be in the simple way of life,” she said.