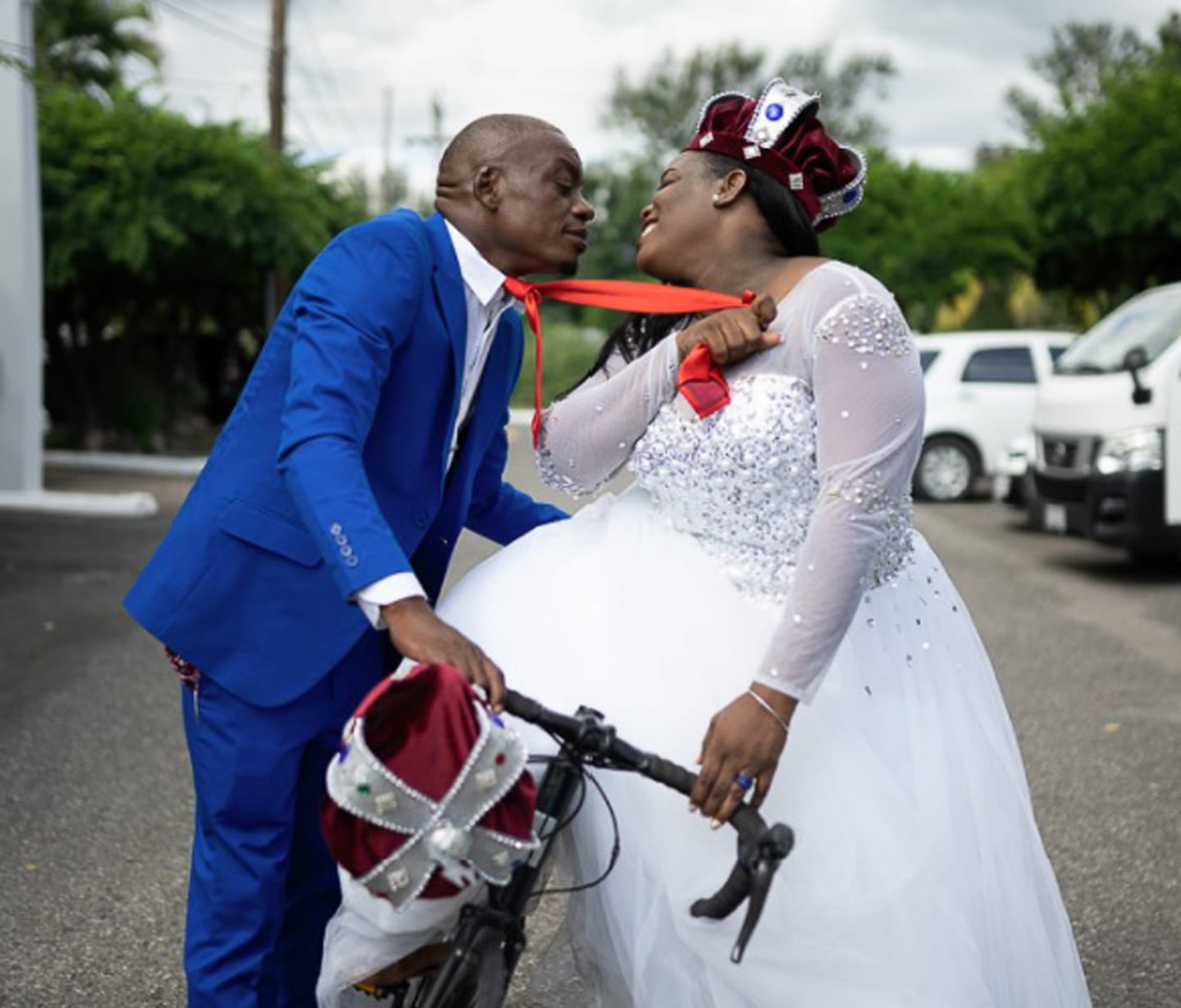 God’s restoration saw The Hamiltons saying ‘I Do’ again

A second chance at romance encapsulates the love between local gospel artiste Latoya Hamilton and her husband, Bartov. After being married for almost a decade, the pair decided that it was best to go their separate ways. But with God’s incredible ability to heal hearts and restore love, the two tied the knot once again years later, this time in royal fashion.

“Our colours were royal blue and red. I knew I wanted it to be special, so from the invitation down to every last detail, I consulted with God and it came true,” the blushing bride told Island Wedding. Growing up, the two lived on the same avenue, so they knew each other long before love came into the picture.

Bartov placed effort and energy into showing his affections for his 19-year-old girlfriend. After answering the call from the Lord, she began attending youth fellowship. At age 20, she got baptised on his birthday, without his knowing, explaining that the Spirit came upon her and she acted on that call. This, however, shifted the scope of the relations and marriage was naturally placed on the table. She was happy that her significant other had found the Lord on his own and made steps towards his own baptism.

In a discussion, he broke down emotionally and asked her to marry him, making a ring with her marker.

At 22-year-old, Latoya married the love of her life in an elegant, elaborate affair. Their nine years of marriage saw her giving birth to their first son in year five, Joshua. But trials stood in the way of their happiness and she learned that marriage could not be placed on autopilot. “For some time, problems went unsolved. Over the years, molehills become mountains. And there was a baby in the picture, so we had new responsibilities of the family to address, along with a marriage. I didn’t feel like we were close enough anymore.” Without counselling and sitting down to work things out, they separated.

After the divorce, that was when she said, it hit him. “He would see me all the time and profess his undying love for me. But love was not enough for me. He was undaunted and he kept on praying to God for us to work. I was done and over with it,” she confessed.

After speaking about love on her Facebook praying series, she began repenting about the love in her life. In a vision, God had turned her stony heart to flesh. She had all the right to be angry and upset. She believed that it was a matter of protecting herself, but she never brought the act of vulnerability and forgiveness into play.

She coincidentally saw him that night and felt a unique connection, a new awakening of their love. An unplanned trip saw them engaging in a church hug that sparked a familiar spark. From there, Bartov made more visits to see Joshua, and God spoke to her about forgiving him and reigniting that flame between them. He was invited to dinner and he shared how he felt. It was the first time that she saw real sincerity in him.

“In his repentance reconnecting with God and with me, we started dating again,” she revealed. In March of this year, he proposed and she agreed. Love knocked on her door, and a week before the wedding, it all came rushing in. She was so in love. “God recommended the restoration and I listened,” she added.

These days, she describes Bartov as very affectionate, which is in contrast to her personality. He is kind, a great listener, pays attention to details and he is hilarious. Having someone to laugh with is very important, and he is intentional in that regard. He is very committed to what he sets his mind to and he loves God in a different way; he prays for her.

On June 6, the Hamiltons said ‘I Do’ again, in a royal wedding held at the Shekinah Intercessors Outreach Ministries in Sunrise Plaza on Red Hills Road, St Andrew.