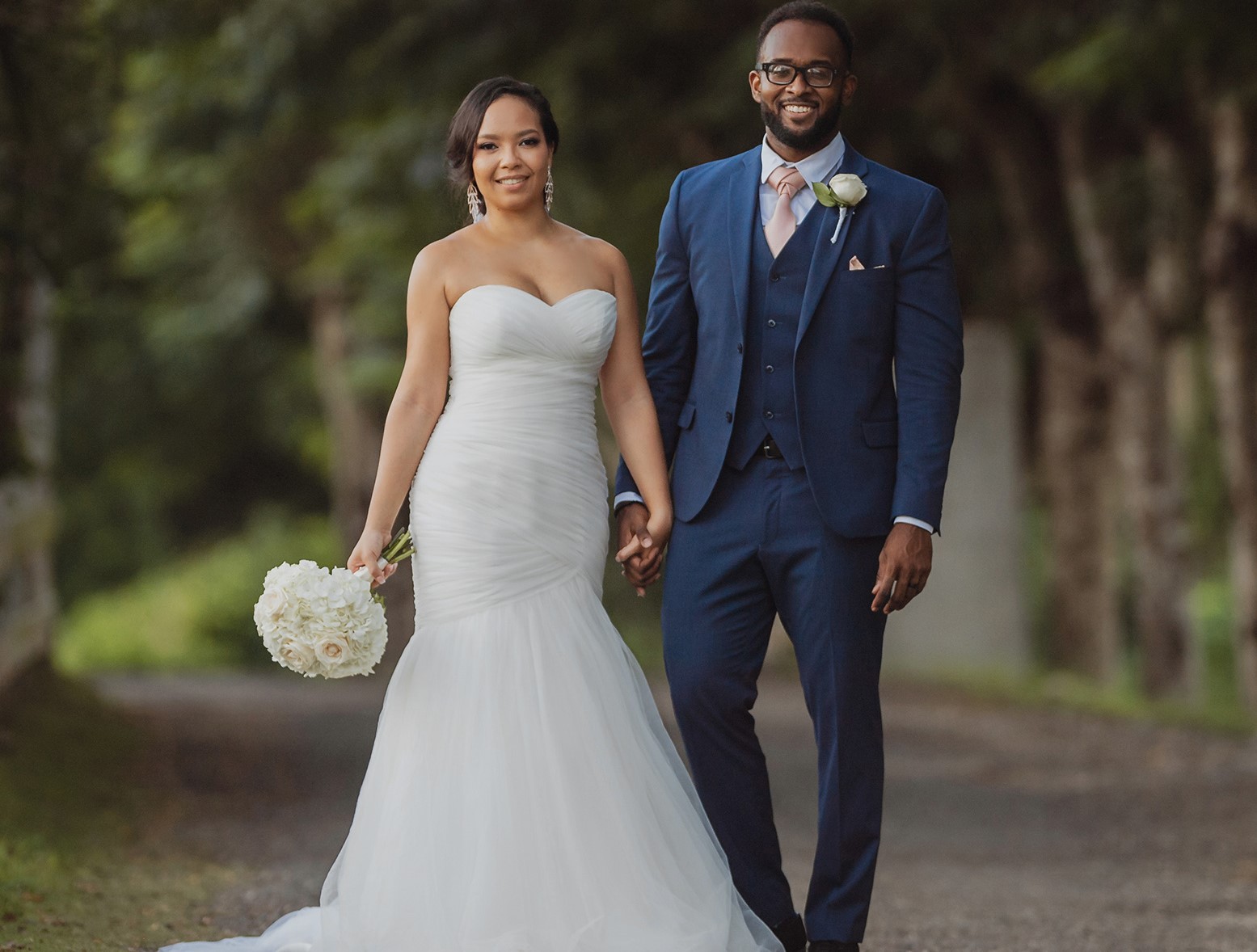 Lovebirds Gillian Lee and Chad Hammond first laid eyes on each other over a decade ago. Acquainted through a mutual friend, the two began hanging out with each other in purely platonic group settings. But it wasn’t long before they would develop a unique bond of their own.

“We were actually just friends for quite a few years before actually even looking at each other in that way,” Gillian told Flair. Everything changed for the better in 2016, when, according to Chad, “… we clicked on a country weekend celebrating my 30th birthday in January”. The pair made the relationship official by April of that year.

From the moment they became friends, Gillian found Chad to be a nice guy, amusing by nature and unafraid of commitment. As their love intensified, she discovered that he was also passionate, caring and loving,

“He’s always willing to try things at least once or to step outside of the box. These are things I’m not used to or comfortable doing, so he encourages me to try and do that for myself,” she added.

While for Chad, ‘Gilly’, as he affectionately calls her, “is di baddest ting”. He says, “She embodies everything I look for in a woman. I literally call her the ‘baddest ting’ to her face, regularly. I can’t think of any better way to put it.”

Admiring her compassion for helping others, he is blown away by her ability to do so naturally and genuinely, without hesitation or complaint. Supportive and motivating, Gillian keeps Chad focused on his future while giving him the freedom he needs to enjoy the ride as well.

“She is the boss; the responsible one. I look to her to keep me sane and grounded. She manages the grown-up stuff, and I manage the fun stuff. She ensures we keep our lives in order, and I try to keep her entertained at all times,” he said.

Their transition from friendship to relationship didn’t allow much room for courting, considering that they already knew each other so well. For Gillian, their favourite dating activity is ordering in and watching movies. Perfectly aligned, Chad revealed that their favourite chill spot is actually the couch, where they spend most of their time together relaxing and watching movies.

After being together for two and a half years, Chad decided to ask the love of his life to be his wife.

He planned an early surprise birthday party for Gillian and her closest family members and friends. If that wasn’t exciting enough, he shocked the guests and his girlfriend with a heart-warming proposal. “I reached out to her best friend in April to tell her my plan, and that I would propose there. So we spent months planning and inviting close friends of hers, and some of her immediate family to be there for her birthday. Then, when we sang her Happy Birthday to her, I gave a small speech after the cake cutting and brought out a large box, large enough that people thought maybe a puppy was in there. I had her open it in front of everyone, to reveal just the ring sitting on top of a lot of padding and weights in the bottom to make it feel heavy and further throw her off when she opened it,” he explained. An elated Gillian said “yes!”

With a beautiful wedding to plan, the bride-to-be confessed that she wasn’t fond of the nuptial process. “I wasn’t one of those girls who had their wedding day all planned out from years before. My bridesmaids definitely helped in whatever way they could, with advice and picking dresses and so on. And our wedding coordinator/decorator, Celena Taylor of Taylor’d Events, was so wonderful. She really helped me along the way and kept me at ease. Our friend Kimberly Wong of IdoIslands also gave us a lot of great wedding advice on what to focus on first and little ways to cut costs,” she noted.

The part that was the most fun for this bride was dress shopping. Viewing all types of options, she settled on the bridal gown of her dreams.

Now that everything was set, the only mission left to complete was tying the knot in April of this year. Then the global COVID-19 pandemic hit, sending the world into lockdown. That forced a delay in the plans.

This didn’t, however, deter the wonderful couple from celebrating their love. “Like a lot of couples, we decided to postpone in hopes that things would revert to normal soon. Of course, we all know that didn’t happen and we, well, I decided that we were doing it this year. He was fine with whatever I decided,” Gillian said. Going back to the drawing board, they settled on a new date.

Gillian grew nervous because there was a lot of rain leading up to the new date. But she settled in her mind that it would shower on the wedding day. “Lo and behold, we woke up on the wedding day to bright, sunny skies, and it stayed that way all day. We were very grateful for that,” she said.

On November 14, before God and in the presence of specially selected guests, Gillian and Chad were ‘HappiLee ever Hammond’. They streamed the ceremony for others to join in via Zoom. Both agreed that the wedding was amazing.

The bride exuded majestic beauty and confidence in her gorgeous gown from Petals and Promises, and her handsome groom complemented his wife’s radiance in a sharp navy blue suit. “Having to change gears meant not making such a huge deal over everything, and that made it better, I think. The best moment was honestly realising that everything went smoothly and that she was happy with how everything turned out,” the groom added.

He thanked you their parents for making each of them feel just like family from the very beginning and through everything. He also expressed gratitude to Debra Griffiths for making it possible for him to even meet Gillian. Lisa Douglas, for encouraging Gillian to give him a chance in the very beginning when she was unsure about it; and everyone else who surrounds us day today with love and assistance when we ever need it.