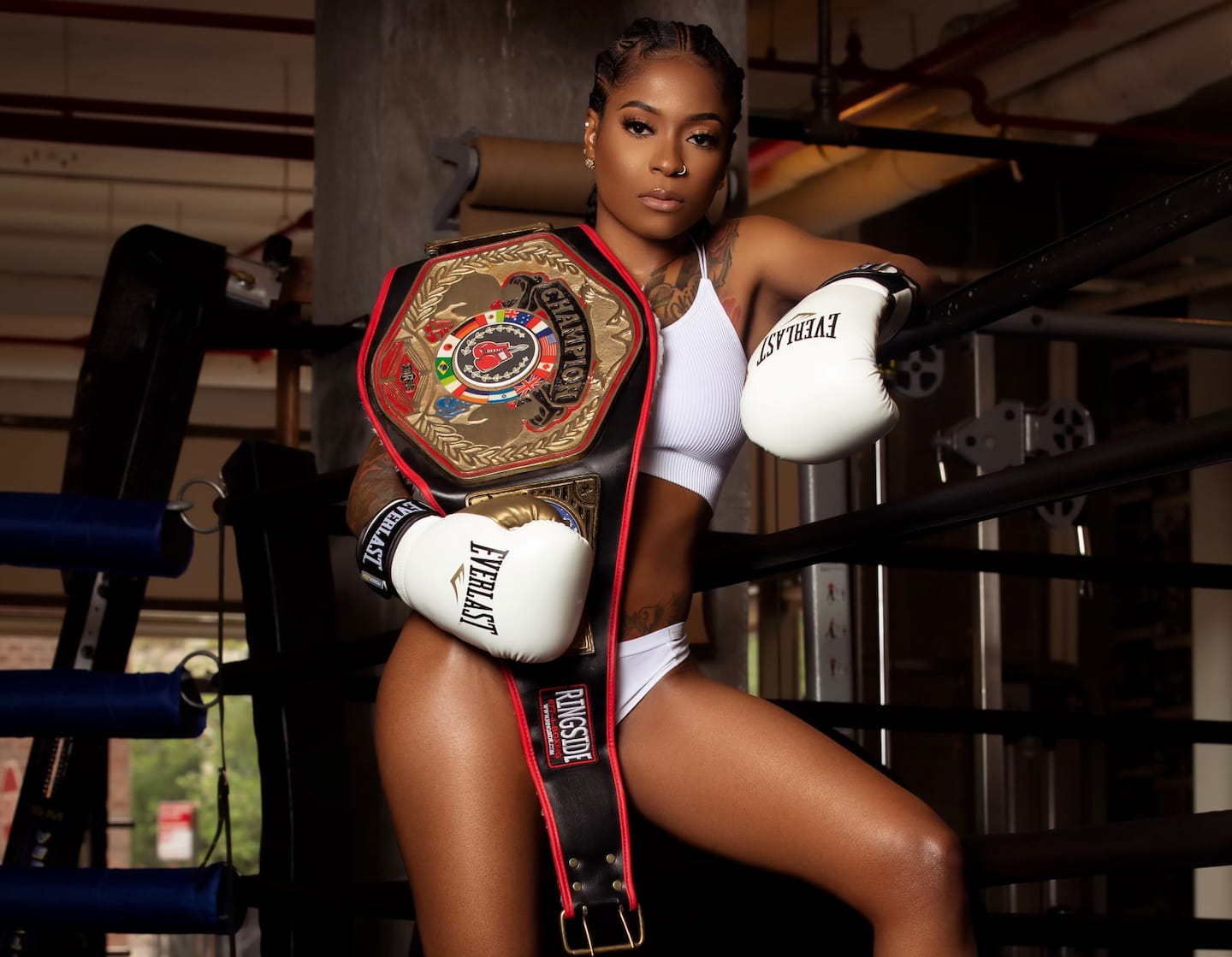 Hood Celebrityy is well known for being an artiste championing the dancehall scene in the United States, but she also has an interest in amateur boxing. She revealed that for a year, before taking her music career seriously, she had actively taken up boxing as a sport and that training in and out of the ring is part of her fitness routine.

“I love the sport,” said the entertainer in an interview with Flair.

She added, “When I box, I forget all my problems because it’s really a stress reliever, and I love how it keeps me not just in shape but grounded.”

The Walking Trophy hitmaker named American former professional boxers Floyd Mayweather and Mike Tyson as her favourites, though she has never actually had the chance to sit ringside as a spectator at any of their boxing matches.

“If ever Mayweather goes back into the ring to fight, I’m there,” she quipped.

With her head focused on the music industry game, the KSR Records international recording artiste has been weathering her own storms. She said that writing songs is one way of coping with the global crises and all the comings and goings.

“I’ve been performing during the pandemic, and honestly, sometimes I’m scared. I’m handling the pandemic way better now; we have all gotten used to wearing the mask, sanitising our hands and washing them along with our faces, often, but especially since COVID-19 became present, I’ve been writing way more. Also, working out, riding my bike, and running daily — it’s the simple things that matter to me more now,” she said. “Just waking up in the morning, having good health, peace of mind, mental stability, talking with my mother, and taking my dog for a walk have been great for me and gives me a clear mind.”

Another part of her routine is daily affirmations, and when it comes on to ageing beautifully, she said her tip is “loving yourself”.

“I do other things like take care of my skin by avoiding artificial, harsh chemicals or by only using natural products like cocoa butter, but most importantly, one must love herself or himself,” she said.