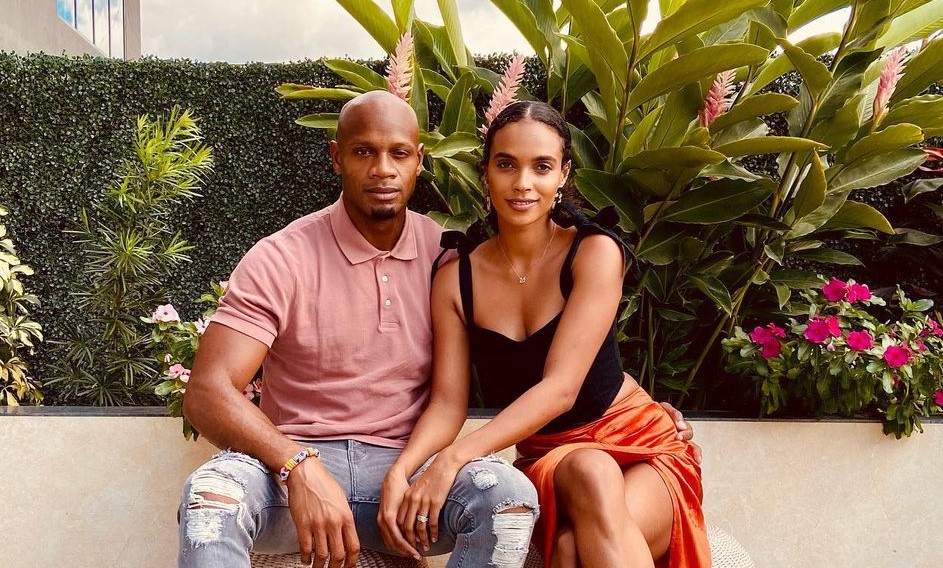 Unlike the gut feeling she had during her first pregnancy that she was having a boy, Alyshia Miller Powell said there were no clues whatsoever this time around.

“I was anxious about the reveal. But it’s great to know that I have a growing healthy baby,” Powell, the wife of Olympian Asafa Powell told Flair.

Viewers waited with bated breaths as the Powells’ revealed the gender of their new addition via their YouTube Channel. Alyshia glowed on camera as she informed fans that she would be sharing the sex of the child. Hoping for a girl before the broadcast, the family, specifically Alyshia’s mother, anxiously awaited the reading of the results. Asafa was dressed in his very best. Big brother to be, Amieke, was already sporting a fresh trim for the occasion, courtesy of Dad.

There was no fanfare or big extravaganza; just a loving family gathered at home holding the letter that would determine life going forward. Mommy declared herself gender neutral before Daddy slowly revealed the truth. “Don’t make him as active as Amieke,” was Alyshia’s response following the excitement of the announcement that she was having a second son. “I’m going to have two kings who are going to be my protectors,” she said.

Amieke, she says, is still somewhat clueless about getting a baby brother. He will stare at his Mommy’s growing tummy, but it’s hard for him to process what exactly is going on, given his age and stage in life. Nevertheless, the model continues to keep her son informed as much as possible. As for the sprinter and patriarch of the family, he is happy and revelling in his mixed relay team. “He’s excited about being a soon-to-be father of four,” she added.

Big on traditions, she is planning on passing down some of Amieke’s clothes to this little brother, noting that many weren’t ever worn in the first place. The fashionista will, of course, purchase a few new baby items soon. Additionally, she isn’t fussy about room preparation on the second go. And since it’s another baby boy on the way, there’s no need for any major changes, just different decorative touches here and there. “I am very thankful and blessed. And I am looking forward to seeing Amieke transition into a big brother, as well as assume my role as a full-on boy mom,” she said.