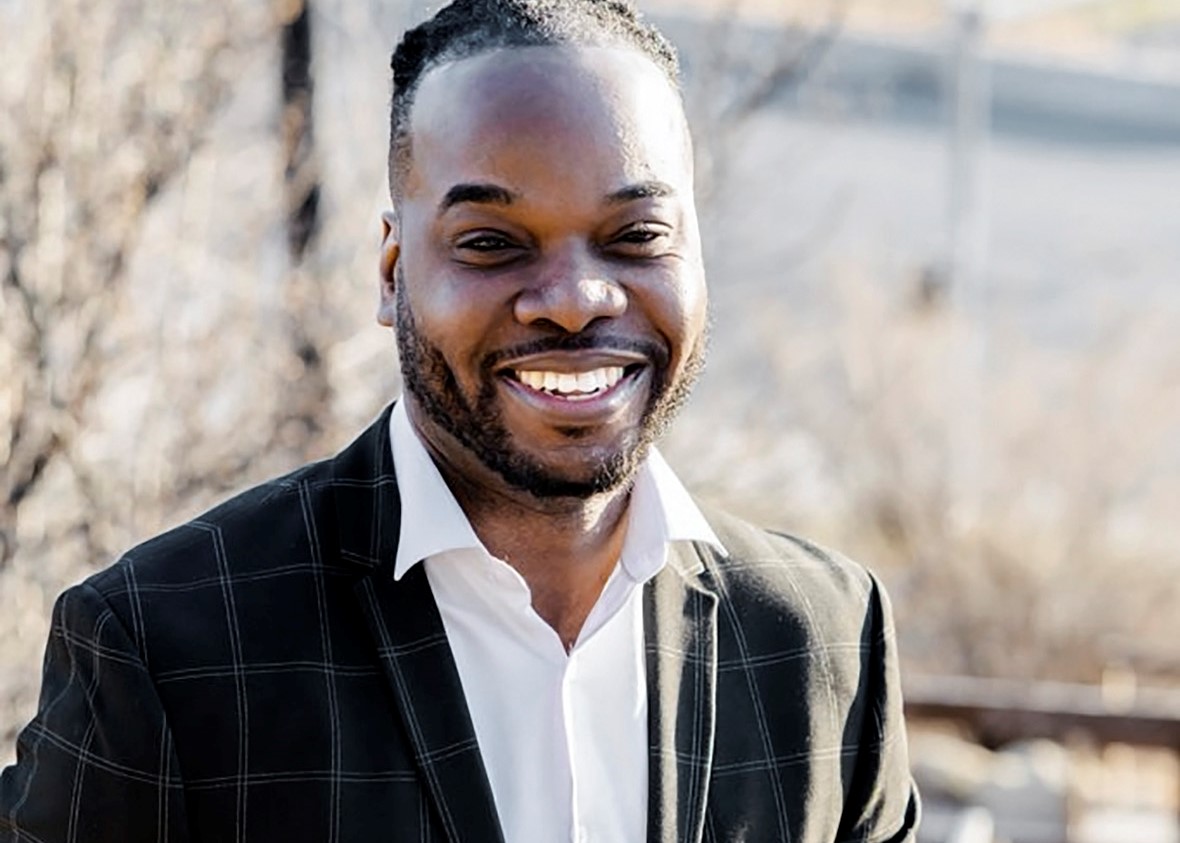 Entrepreneur Kayon Sinclair is providing a bright and hopeful future for many with his company, Wings to Canada Immigration and Consulting Incorporated.

The Jamaican, who has been living in Canada for 14 years, decided that he wanted to create career opportunities for people and families in his home country. “My brother Adrian and I are business partners. In a nutshell, we are the middlemen between applicants and Immigration Refugees and Citizenship Canada (IRCC). We evaluate potential clients to see what programmes they are qualified for and legally represent them in applying to IRCC,” he explained to Flair in a recent interview.

Growing up in Sedge Pond, Clarendon, Sinclair came from humble beginnings. His mother worked as a domestic helper, and his father, a cane cutter. While a young student at Kemps Hill High School, he came to an epiphany in eighth grade that he desired more for his life and that of his loved ones. Applying himself academically, he developed a passion for hospitality and tourism management.

“My Canadian story is different from most people’s, because I always say Canada chose me,” he revealed. In 2007, he was awarded a scholarship through the Caribbean Hotel and Tourism Association to attend a college in Trinidad and Tobago to further his studies. But earlier that year, representatives from the Okanagan College in Kelowna made a stop in its recruitment tour for international students at the Runaway Bay HEART Hospitality College. Sinclair, who worked full-time at the hotel and took classes part-time at the institute to complete his level three certification in food and beverage service, was among those receiving the opportunity of a lifetime to apply for the programme. “One thing led to another, and the opportunity presented itself for me to apply to that college.” He was a part of the first group of 11 Jamaican students to attend Okanagan College.

While living overseas, he noticed the vast difference between the hospitality and tourism industries between the two countries. Due to the high rate of Jamaican applicants, Sinclair became the go-to person for immigration. So he took a keen interest in the subject.

“Over the years, I developed a passion for it; once I received my permanent residency, I started thinking about the next chapter in my life. And I thought about other things that interest me. Immigration topped the list, because that feeling to get that approval confirmation email from IRCC is life-changing to applicants,” he said.

Wings to Canada Immigration and Consulting Incorporated opened its doors in early 2021 and aims to assist as many persons as possible to migrate from Jamaica the legal way.

“It can take an immigrant up to 11 years to successfully integrate into Canadian society. As immigrants, we face many hurdles, so it is even more difficult for persons who do not have legal status. Because, in some provinces, you must have legal standing to access healthcare. Also, there are so many stories of persons being taken advantage of financially by unauthorised immigration representatives,” he told Flair.

His most recent case was a family sponsorship application from Jamaica in December 2019. According to Sinclair, the application for permanent residency was submitted, and the company was receiving approvals from different stages of the filing in record time. But then came the global pandemic, and a new baby for the family. He is happy to report that the mother and son landed in Calgary on July 17. He was also successful when an express entry received her confirmation for permanent residency on July 21.

As his company continues to bloom, his proudest moment to date is coming full circle and fulfilling his goal of building his parents’ dream home in 2013. “We grew up in a one-room, board house that could not have lasted much longer. That one-room, board house was such an internal push for me to win. And I would always say to myself, I can’t wait to build them a house. My mom no longer has to cook in an outside kitchen or shower in an outdoor bathroom. Nothing that I ever achieved will be able to top that,” he said.

With plans to open a Jamaican restaurant in Calgary, once the world readjusts to the new normal, he advises Jamaicans to be wary of scammers lurking on social media with enticing but ultimately fake jobs. “Please use the Internet to search for certain vital parts of those messages. For example, always search the minimum wage in the province they claim the jobs will be. There is no way a hotel will hire a housekeeper and pay US$20 per hour when the minimum wage in that province is US$13.50. Search the name of the business; do they have a website? Is their email address web-based? The most effective way to get jobs in Canada is through a third party, such as authorised immigration consultants or a recruitment agency,” he added.