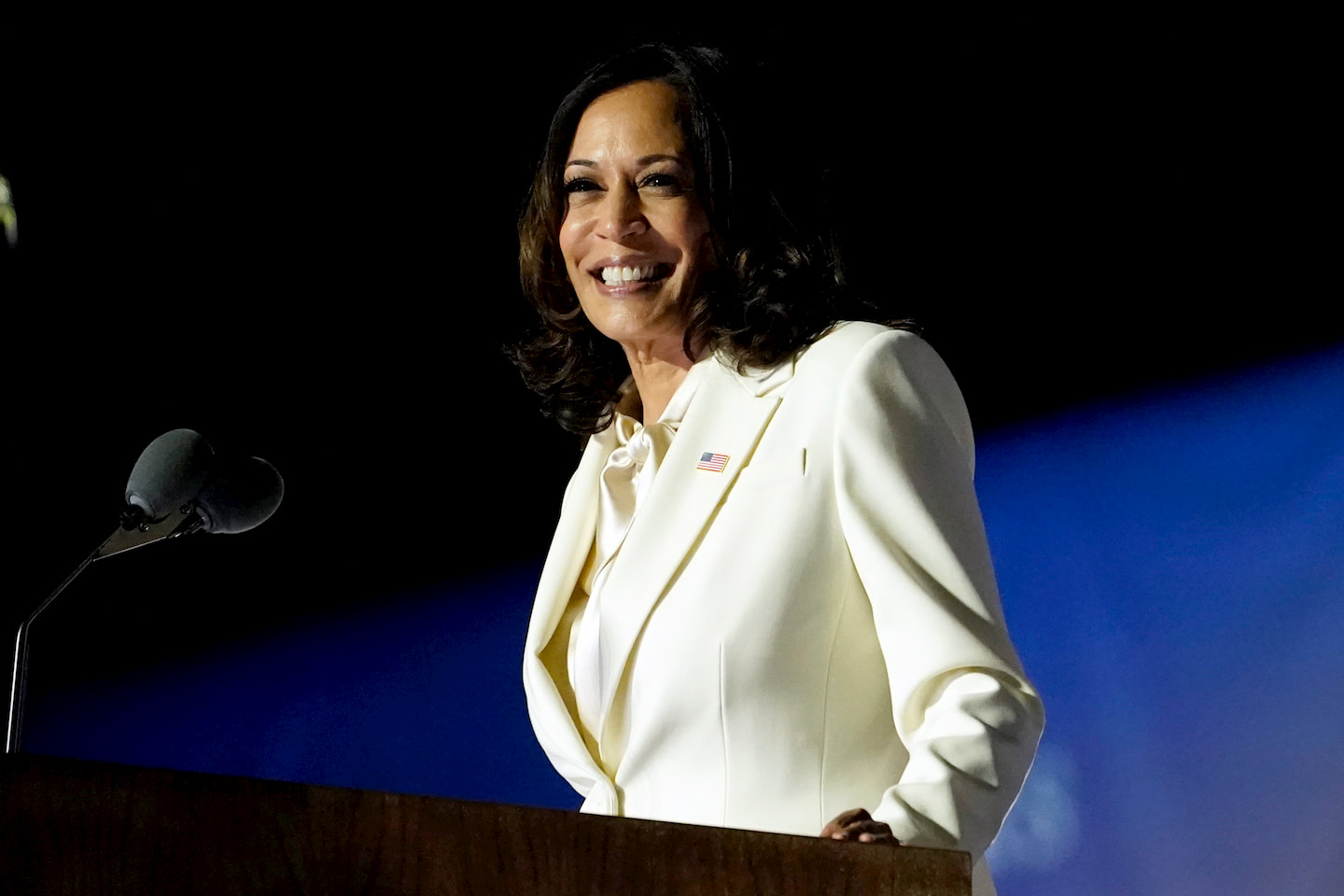 Kamala Harris paid tribute to the women, particularly black women, in her first speech as vice-president-elect.

“Tonight I reflect on their struggle, their determination and the strength of their vision to see what can be unburdened by what has been,” Harris said, wearing a white suit in tribute to women’s suffrage. She called it a testament to President-elect Joe Biden’s character that “he had the audacity to break one of the most substantial barriers that exists in our country, and select a woman and his vice-president”.

“While I may be the first woman in this office, I will not be the last,” Harris said in her first post-election address to the nation.

The 56-year-old California senator, who is of Jamaican and Indian parentage, is also the first person of South Asian descent elected to the vice-presidency, representing the multiculturalism that defines America but is largely absent from Washington’s power centres. Her black identity has allowed her to speak in personal terms in a year of reckoning over police brutality and systemic racism. As the highest-ranking woman ever elected in American government, her victory gives hope to women who were devastated by Hillary Clinton’s defeat four years ago.

Harris told little children to “dream with ambition, lead with conviction, and see yourselves in a way that others may not, simply because they’re never seen it before”. After Biden’s speech, she was joined on stage by her family, including her two grand-nieces, who wore white dresses.

A rising star in Democratic politics for much of the last two decades, Harris served as San Francisco’s district attorney and California’s attorney general before becoming a US senator. After she ended her own 2020 Democratic presidential campaign, Joe Biden tapped her as his running mate. They will be sworn in as president and vice-president on January 20.

Harris often framed her candidacy as part of the legacy of pioneering black women who came before her, including educator Mary McLeod Bethune, civil rights activist Fannie Lou Hamer and Representative Shirley Chisholm, the first black candidate to seek a major party’s presidential nomination, in 1972.

She paid tribute to black women “who are too often overlooked, but so often prove they are the backbone of our democracy”.