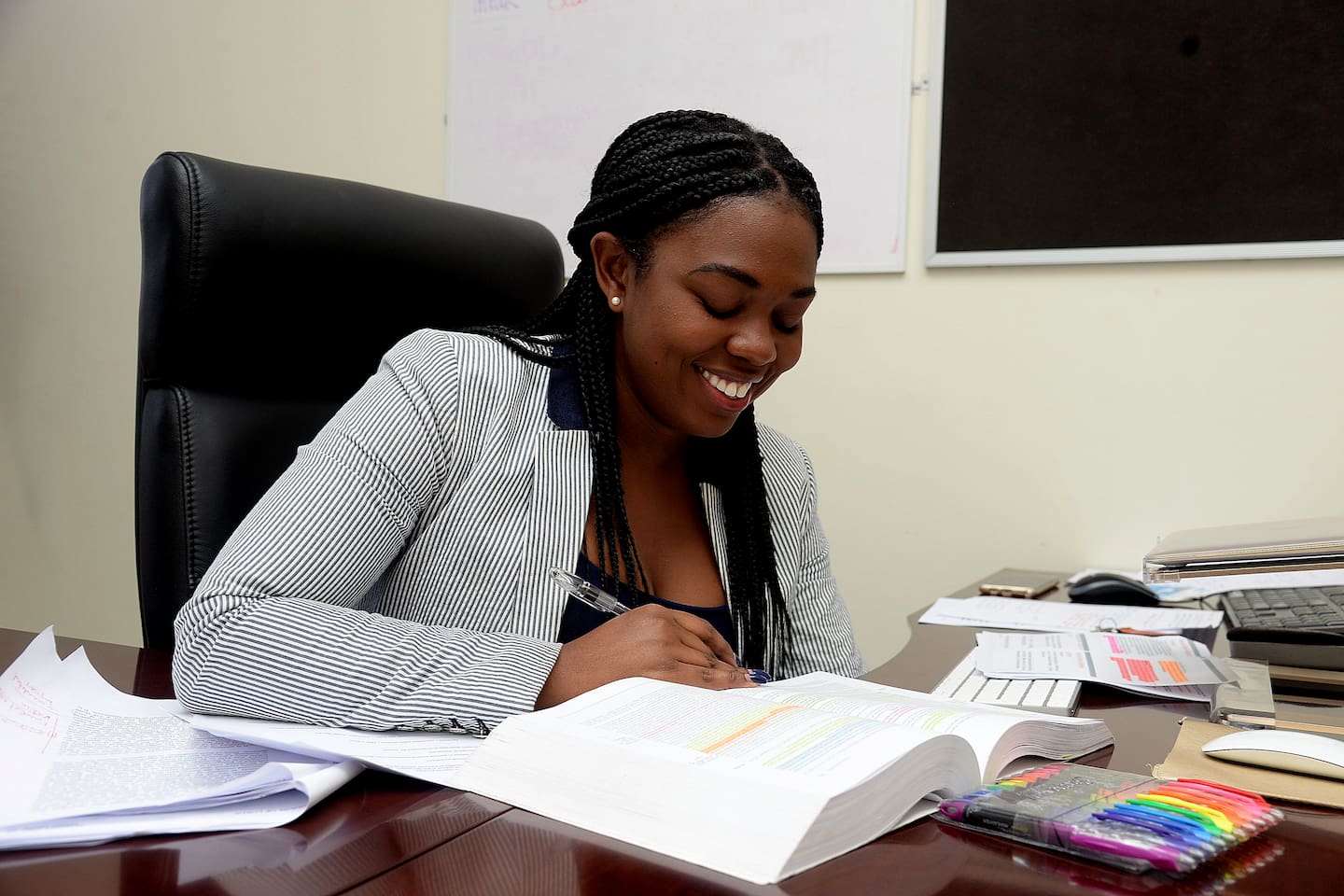 When law scholar and lecturer Kamille Adair-Morgan first found out that she received the nomination from the Oxford Law Faculty to do an internship with the International Court of Justice (ICJ) in the Netherlands, she was surprised and extremely humbled.

“There would have been other very qualified candidates, current and former students of the law faculty, who would have been considered. To receive the single nomination of one of the most prestigious law faculty’s in the world is truly remarkable for me,” the judicial fellow told Flair. But Adair-Morgan is no stranger to excellence.

After receiving first-class honours in the bachelor of law programme at The University of the West Indies (UWI), Cave Hill, in 2009, her brilliant mind shone on stage as the valedictorian for her Norman Manley Law Class of 2011, where she also graduated with top honours. Following that success, she became a Rhodes Scholar in 2012 and was granted the opportunity to read for her Master’s Degree in international law at the University of Oxford in England. Her reign as the moot queen resulted in her key role as one of the coordinators of the Oxford Price Media Law Moot Court Competition, seven years running. In 2018, she received the Flair Distinguished Award for law.

Yearning for the presence of her loved ones, her homecoming saw her embarking on a career as a lecturer in the Faculty of Law at the UWI, Mona. Outside of teaching, she was a student, pursuing her Doctorate of Philosophy in Law at Mansfield College, University of Oxford, virtually. After completing that scholastic journey, Adair-Morgan moved on to a new chapter.

“I found out about the Judicial Fellowship Programme while I was a student in the law faculty. Other colleagues participated in the programme and shared their experiences. But I wasn’t aware of what was entailed in the application process before I decided to apply. It involved a written application, including a writing sample,” she revealed of the application process.

As a judicial fellow, she will have the distinct honour of working closely with one of the 15 judges of the ICJ, the principal judicial organ of the United Nations. “I will work with Her Excellency Judge Julia Sebutinde, who is the first African woman to serve as a judge of the ICJ and who has had a distinguished career in law. She presided over several high-profile, war-crime trials in the Special Court for Sierra Leone, including that of former Liberian President Charles Taylor,” she said.

She is looking forward to learning from her experiences and wealth of knowledge. The fellowship, which lasts for 10 months, started September 1 and ends June 30, and will also provide her with the opportunity to contribute directly to the resolution of inter-state disputes, some of which directly concern our region. Both Guyana and Belize have pending cases before the court.

“My experience in international law so far has been largely academic,” she admitted, adding, “I am looking forward to channelling my expertise in a more practical way. As one of only a very few Caribbean nationals who have had the opportunity to participate in this programme over its 20-plus years”. Adair-Morgan is also able to gain a better understanding of international law and the practical workings of the court in a way that will allow her to take that expertise back home. International law has always been her area of speciality, and she is elated to be acquiring even more expertise, in and out of the courtroom.

Additionally, she will have the pleasure of working in the court at the same time a Jamaican, Judge Patrick Robinson, sits as one of its judges.

The Hague, her current place of residence and employment, is home to several international institutions. The wife and mother of one is excited to be meeting new people and networking with other professionals who engage in similar interests of public international law and international justice. It is also a very diverse city, she says, with much to be explored and enjoyed.

While she is hoping to also be able to do some travelling in the Netherlands and Europe, circumstances permitting, Adair-Morgan is already missing her family and close friends, and will undoubtedly be craving blue skies and warmth in the upcoming winter months.