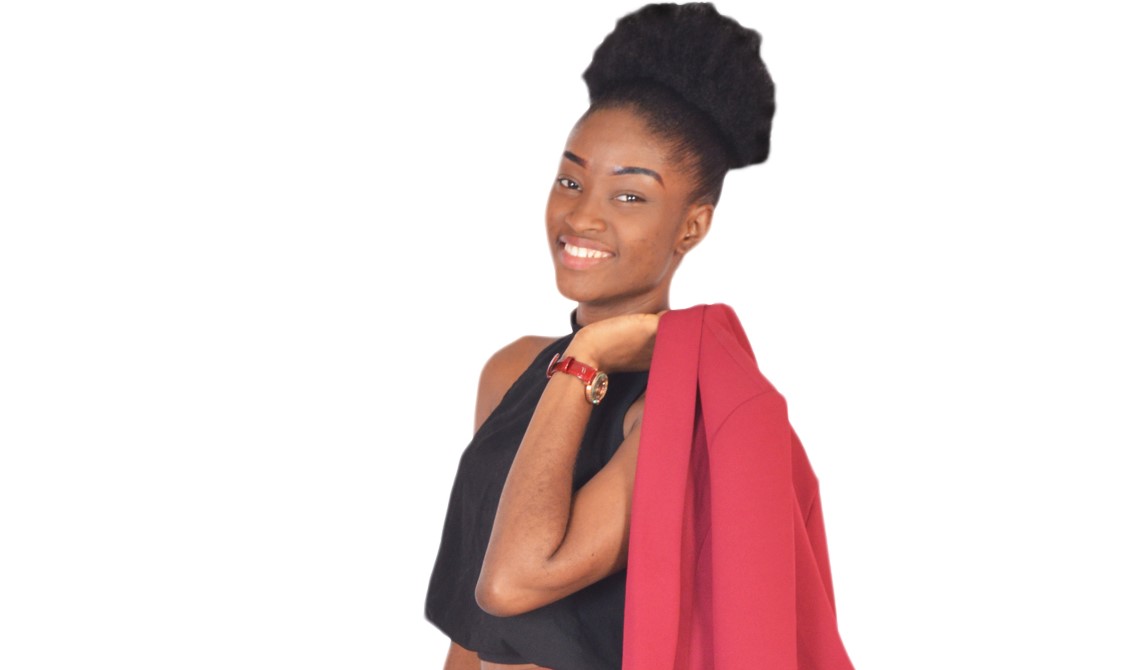 “In the beginning, before you were formed in your mother’s womb, He placed purpose on your life.” Latesha Parkes is focused on inspiring others in just about everything she sets her mind to. And today, we find out why as this woman of God, writer and actress shares her powerful story.

“I was born in 1997 after my mom was raped by her stepdad. Because of the way I came into this world, my childhood was somewhat predestined in my eyes,” she said. Parkes explained that the hallmark of her younger years was moving from school to school, place to place. But during that time she learned how to be responsible; and it helped that she possessed that go-getting, ambitious, fighter spirit.

Writing from the moment she knew herself, she saw this as an outlet to express how she felt about all that had been happening to her, without judgement from others. In her head, pen and paper understood her more than any man or woman could. “They could hold my tears, and they wouldn’t tell anyone,” Parkes explained. Her high-school days were filled with reading at the library while on lunch break, and the after-school special included a big write-up on all she had bottled up within her. These activities functioned as great influencers in her decision to one day become an author.

She jotted down a few points over the years, but had no idea that they would be incorporated into a book. However, after some serious thought, she shared what she had with her sister and asked her to read it and give her opinion. According to Parkes, her sister perused the material and returned to sender. The two hadn’t exchanged words about it and the writer hadn’t seen it until a year later when she was sorting through her emails. Thereafter, she got to work. And six months later, her years of hard work became a published book.

“I realised how the book was impacting others and that’s when I discovered that we all had a story within us that others needed to hear in order to be blessed. I stopped writing for fun then and there, and started doing it to empower and inspire,” she stated. From a non-fiction perspective, she speaks with her audience both formally and informally, placing focus on solving an issue while leaving space for engagement in readership.

A Test Turned Testimony is a memoir recounting Parkes’ journey through sexual, emotional, physical and domestic abuse. Outlining the generational dilemma she faced with her family being abused, transitioning into her being abused, the book delves into the healing process in order to help others rise above their circumstances and re-emerge as their best selves. “I wrote to maintain my sanity, but I decided to publish my book because I came to the realisation that there are many others, both male and female, who are faced with abuse of different forms. With this in mind, I had to be a voice for the voiceless and I have to pave a path to the healing of my brothers and sisters suffering in silence. I also wanted them to understand that even though these things are common, they do not have to hold us captive,” Parkes declared. Her subsequent books include Submit and Commit: 3-Minute Devotions for Spiritual Growth and Becoming the Wife.

When she isn’t writing books, she is picking up scripts and acting in productions. A member of the drama club in high school, she competed in Jamaica Cultural Development Commission competitions and even began her associate degree studies in performing arts, but her mother deterred her from her pursuits. But the heart wants what it wants. And pretty soon, she found herself on the stage and on screen, “The journey has been extremely exciting and it has allowed me to be on television, both locally and internationally, and to meet some amazing people. I also had the honour of working with the late great Paul O. Beale .”

And because she knows first-hand what it feels like to be low and in need, Parkes has made it her point of duty to give back to others. “Outreach is a major part of who I am,” she said. Then at the heart of it all, there is her unwavering faith in the Lord, which plays a huge part in guiding her actions and the way in which she treats others. “I am also mindful of the things I partake [in] at my job or the career choice I make so that it does not impede on what God says about me.”

Acknowledging that giving birth to her son as her biggest accomplishment to date, she hopes to continue on this incredible writing journey and see where it takes her. She advises others to find a passion that fuels and drives them to success.