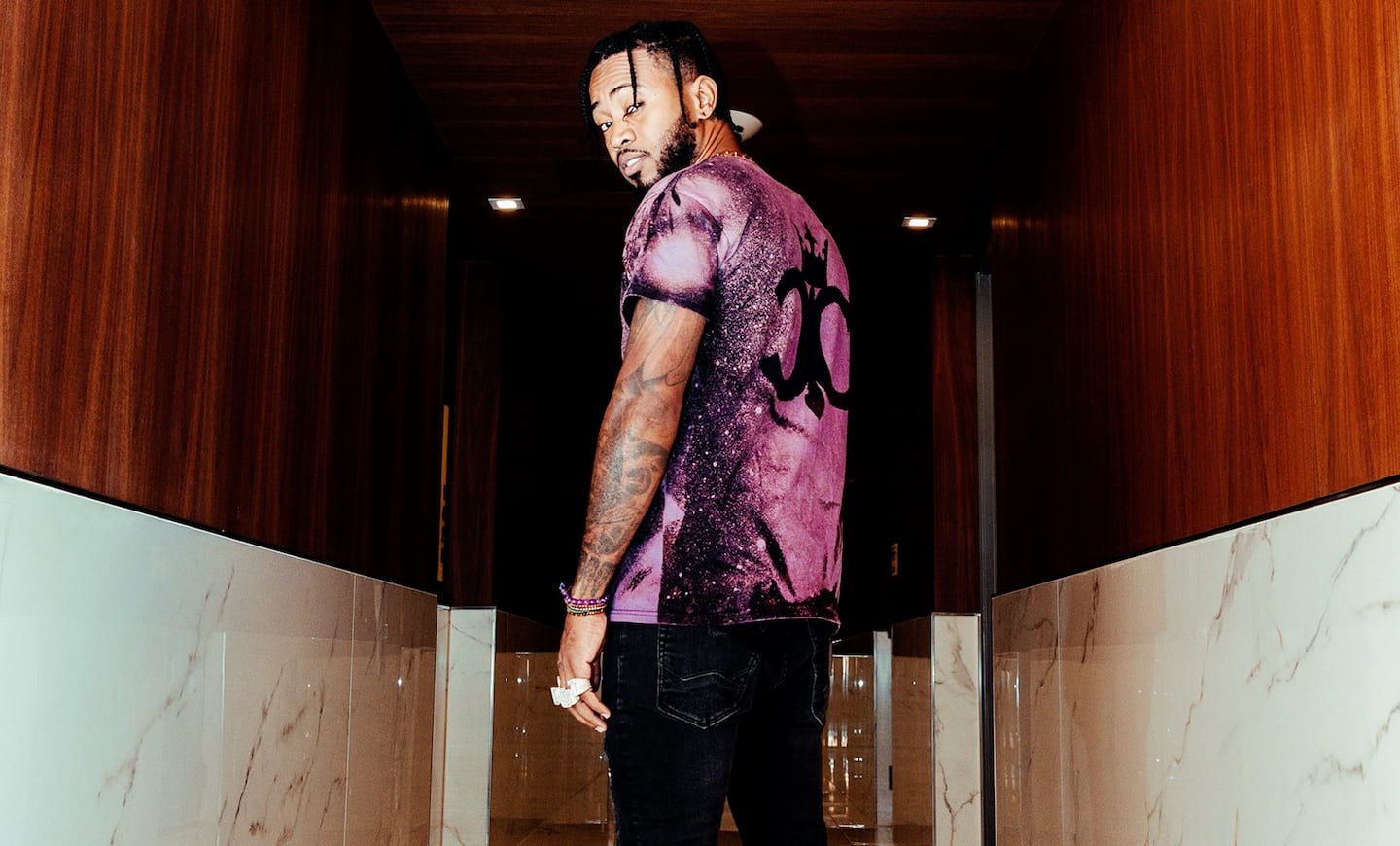 Social media influencer Lincoln 3Dot is an artiste and producer. But these days, he is introducing a new side – fashion designer – with Crack Creations. The line is a celebration of signature, on-trend items, each design telling a remarkable story and playing an indelible part of the overall fashion journey.

“I began shopping in designer stores and started buying expensive clothes and while they were cool to have, I didn’t feel unique. Me feel like me did ah stray from miself,” Lincoln 3Dot told Flair. So he started copping pieces from small boutique stores which featured local designers. Things were looking up; he could see the world of art in the construct, but were they worth the cost? When he looked at the money being distributed to facilitate style, he decided to return to the modus operandi of creating his own clothes.

Lincoln 3Dot, whose birth name is Lincoln Richardson, explained that as a child, his mother wasn’t able to afford ready-made clothing. So, she would swing by Pablos Fabric Store in Half-Way Tree, sift through the boxes of scrap materials to purchase (a cheaper alternative to buying by the yard) and ‘tun har han’ mek fashion’ for her son. “And my clothes dem been dope,” he said.

That creativity catapulted into the young teen following in his mother’s footsteps by designing pieces for himself. He worked alongside a tailor to construct the garments he envisioned, and people loved it. So it was only a matter of time before he took his talents to the big leagues of style.

With a personal style that is always evolving, yet always unique, he tips the scale on outlandish at times, but aims for something different every time. This has greatly influenced his designs. “None of my pieces looks like a regular shirt. When you see it, it pops out at you,” he shared. Due to his unique nature, everything in his collection is one of one.

He launched June 19 with 100 pieces to the delight of his fans.

The creative process has been both surprising and exciting. “You never know how a shirt is going to come out. From the bleach to the dye, sometimes it changes in a way you don’t even expect. It was fun to see how each piece came out.”

With the release of his line, excitement is still at an all-time high. In a matter of hours, he sold quite a number of T-shirts. “The reception has been good so far. Because I released videos of the creative process, people really respect the brand,” he shared.

The name Crack Creations already garnered a great deal of attention. So too did the names of the T-shirts. The artist enlisted the expertise of his assistant, who, with an understanding of how his mind works, sought out titles based on Lincoln 3Dot’s direction or the message in writing on the shirt.

The designs range from All Eyes On You, Founding Fathers, Buzz, All His to Don’t Hate, Go Planet, NBA, Neptune, just to name a few. And shirts like BLM, All Stars, Equip Your Lip, Footprints, Ganymede, Genius, His Peace, I Like Her Butt, Jupiter, Tie Me Up, Space Goddess and Met-her-verse have already been sold.

He juggles many hats and maintains that it is a hard task being a one-man show. But driven by determination and success, he embraces every aspect of his journey with passion, taking the necessary steps to balance as best as possible.

The next move for the style entrepreneur is to open 3Dot Academy, and, in so doing, create a space for high-school children to attend and learn about music, from registering their name to learning about royalties.

“So people weh wah fi be producers, mi wah have computers and stuff weh dem can learn fi build riddim. Who wah be audio engineer, we ago have pro-tool classes and teach them how to mix and master. People who want to be artistes can get to record music. And videographers will have their cameras to do shoots.,” he expounded.

The best thing about being a designer, Richardson says, is having the opportunity to create, share with the world and have people buy and love it. That’s ‘mission accomplished’ in his books.

Cracked Creations is online at crackcreations.com.