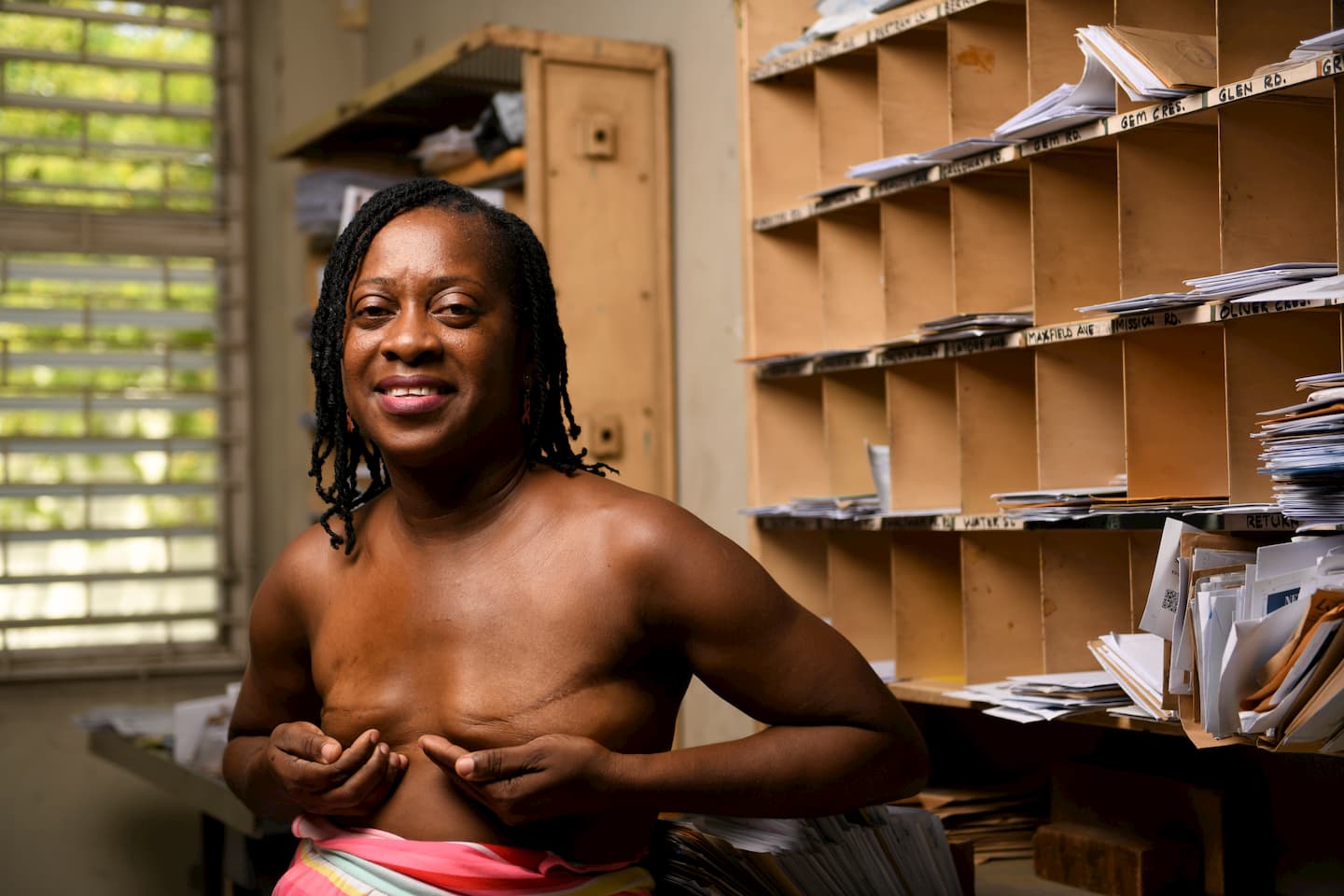 Marlene Dawson was 43 years old when she discovered she had breast cancer in not one, but both breasts. A daughter of a breast cancer survivor, her diagnosis was startling. She cried, but quickly grew courage as she knew what to expect and what to do. So, Dawson bravely fought the detrimental disease.

Determined to survive and live her best life, the courageous fighter did a double mastectomy. She was ready to dominate her battle and opted for surgery without even being counselled.

During her hourlong talk with Flair, she wasn’t fearful or shy about telling her story, even spilling details about how her treatment impacted the bedroom. For Dawson, spicing up her love life was not a problem. In fact, she got married a few months after doing the mastectomy.

“When I started doing chemo it made me weak for some days in the week. But when I felt better that’s when my husband and I did our little thing. All I did was to put on my sports bra so it looked like I have breasts and we would have a great time. I didn’t let it affect my relationship at all,” Dawson, now 49 years old, said.

Some say a woman without breasts is like a bed without pillows. Breast cancer and the resulting mastectomy is a terrifying reality. But not for Dawson. Her diagnosis has given her fuel to accept herself as a blessed, remarkable and strong go-getter.

“I was surprised when I found the lump in my left breast. I did not know that there was one in the right breast as well, until I went to the Jamaica Cancer Society. I had never done a mammogram before because my doctor assured me that everything was well with me,” the inspector of postmen at the Whitfield Town Post Office explained to Flair.

“If you’re not mentally stable, getting a double mastectomy will break you. But my mother is still alive and that’s what helped me to get through it,” the survivor said.

Despite her ordeal, Dawson remains positive, jovial and upbeat. She loves travelling and continues to ‘sport’. Plus, she not only looks healthy but feels it, too.

“The only thing that bothered me was the bags that the blood drained in after surgery. I was worried that people would think that I was pregnant because they made my belly look big. And you know how people are. They see with a big belly today and it’s gone tomorrow. They are going to talk things. So, I told them from the start that I was not pregnant.”

Hair loss was not a bother to her. She remembers losing hair everywhere, except on the legs. As soon as her locks started to fall out, she got a haircut, but throwing out her locks was not an option. She had a plan. When her hair started to regrow she would have the locks sewn on to her new growth. She said this gave her peace of mind and comfort. For support, Reach To Recover and the Icelyn Wallace Cancer Foundation on Spanish Town Road have been invaluable.

The mother of one told Flair, “I am not afraid of anything. I live in the inner city where killings happen regularly. But I am still not afraid. I battled cancer, which is worse than what they are doing.”

If you’re a breast cancer survivor, Dawson invites you to the Webster Memorial Church every second Tuesday at 5 p.m. Come and have a chat with her and other survivors from the Reach To Recovery support group.