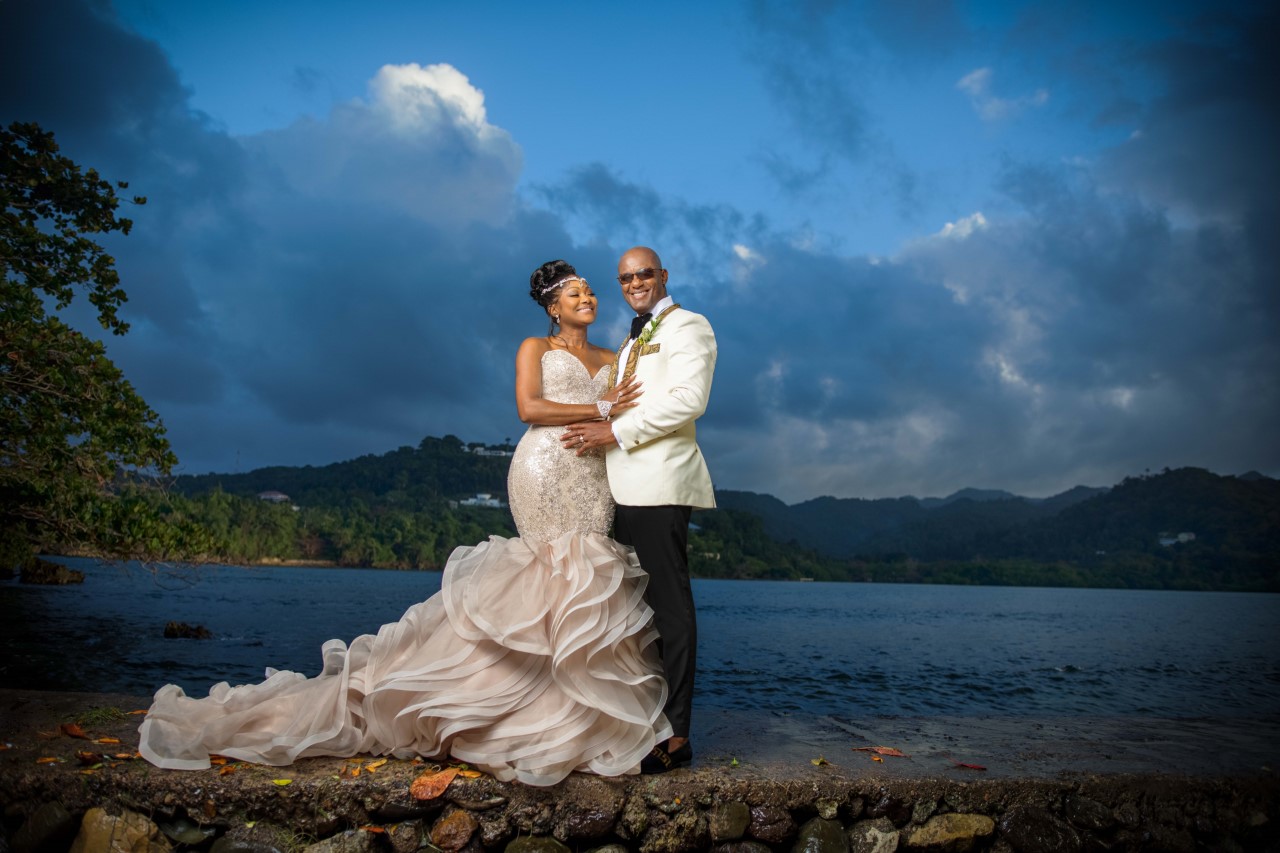 Meet The Mattises: Stanley and Nadine become one

Halfway through Eric Benét and Tamia Carey’s Spend My Life With You, it was as if time stood still, watching newlyweds Nadine and Stanley Mattis get lost in each other’s gaze. The first dance as man and wife was a Kairos moment, but then, there were so many of those divinely synchronised seconds as the long-time sweethearts joined their hands in marriage at Trident Castle in Portland with a few witnesses.

“That song holds special meaning to us,” explained Nadine. “And the month of February also holds some significance, too.”

The two met in February, two decades ago. The year was 2001, and their meeting was not particularly one of chance, she said. Stanley had watched Nadine pass by his office several times before mustering the courage to introduce himself. And again, before he offered to give her a drive home, and later, invite her out on a date. On Valentine’s Day 2020, he proposed during dinner, with Lonna Hinds, Nadine’s mother, present to give her blessing.

The wedding had been planned for a previous date in 2020, but based on all that was happening with the pandemic and restrictions, the couple was forced to postpone it until February 2021 in hopes that the conditions would improve. But after almost a decade of dating, before “becoming a couple”, and another decade before walking down the aisle, they did not want to wait any longer. “As the date drew closer, things instead got worse, with other countries closing their borders and not allowing a lot of our family and friends to travel to be with us. This was very disheartening, but after waiting for so long to take the plunge and one previous postponement, we were not about to wait any longer. We decided that even if it could only be us and witnesses, the show had to go on,” Nadine shared.

The courtyard of the historic landmark, where Nadine and Stanley would take their vows, was decorated by MSW Wedding and Event Planners with a circular arch of white roses and other perennial flowers overlooking the beautiful blue waters of the parish. The hall was decked with golden accents and even more floral arrangements, and the pool was transformed into a dance floor.

Nadine and Stanley could hardly wait to be husband and wife. Stanley shared that for him, marriage is just the technical way of putting things into perspective. “It is the formalisation of a committed relationship, the blessing of the union, and a promise to dedicate your life and love to that one person. Being married means having a mutual feeling of understanding; taking care of each other; being loyal to each other; adapting to each other; and building a life based on love, trust, respect, honesty, and strong friendship,” he said.

Stanley added: “From day one, I’ve always wanted her to be the one; however, I cautioned myself because of previous experiences. I found it very important that we took the time, as long as was necessary, to get on the same page.” He recalls numerous occasions when Nadine would allow him to lay in her lap for hours so that he could relieve his headaches, and after the first time of tasting her cooking, he said he dubbed her ‘wife material.’ There are other qualities in Mrs Mattis that he is captivated by, and as for bad habits, there are none he can pinpoint.

“Nadine is positively evolving every day. I love her cooking, her companionship, and the way she laughs at my stupid jokes. Some of the most romantic things she has done for me is giving me breakfast in bed accompanied by roses on the tray, ‘just because’ treats when I least expect it, and thoughtful handwritten notes, to name a few,” Stanley shared. For their wedding, he made sure Nadine felt like a ‘blushing royal’, not just a bride, having the likes of Tarrus Riley record a customised version of She’s Royal for her walk down the aisle and Stay With You, with her name in the lyrics. He was also able to secure Singing Melody as a guest performer for the reception.

“Singing is something I used to do in my formative years, and we have always joked about me playing an instrument and singing in public. I saw it as being romantic and an added element of surprise to finally do it on our wedding day. Stay With You is another song which speaks to our life and journey together,” he said.

“I was blown away by how breathtakingly beautiful my wife was as she made her entrance. The vision of loveliness coming towards me sparked the feeling of pride and anxiety (also because of the rain), but I was also immensely joyous and calm knowing that the moment had finally arrived when the dream of having her as my wife was about to be realised,” Stanley continued.