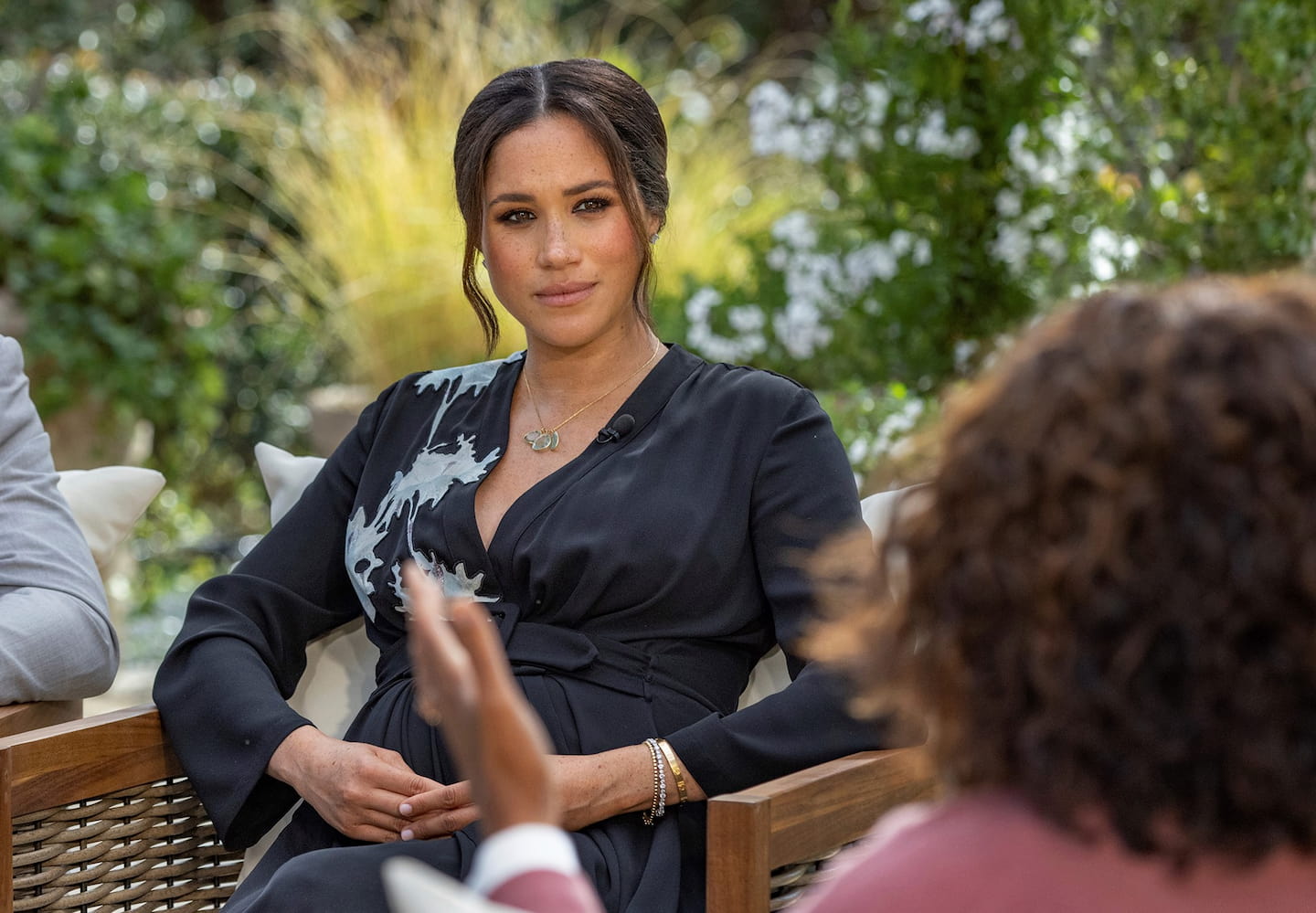 Meghan: ‘I didn’t want to be alive anymore’

Meghan told Oprah Winfrey that she had suicidal thoughts after marrying Prince Harry, and the palace prevented her from getting help.

In an interview, which aired Sunday night, the Duchess of Sussex told Winfrey that she “just didn’t see a solution” to the mental suffering she had experienced since joining the royal family and that she told Harry she “didn’t want to be alive anymore”.

She said she went to a senior royal staffer and said she needed to get help for her mental health, but was told it would be bad for the family if she did.

She described the moment as a breaking point leading to her and Harry stepping aside from their royal duties.

Meghan said she “wasn’t planning to say anything shocking” during the interview, “I’m just telling you what happened”.

The former Suits actress said soon after marrying Prince Harry she learnt that the institution of the royal family would not protect her.

When she was first pregnant with son Archie, she said there were “concerns and conversations about how dark his skin might be when he’s born”. The statement led Winfrey to ask “What”, incredulously and sit in silence for a moment.

Meghan declined to say who had this conversation with Harry that he relayed to her, saying revealing their name would be “very damaging”.

She also said she was stunned when she was told he would not be a prince and would not receive security from the palace.

“He needs to be safe,” a teary-eyed Meghan recalled. “We’re not saying don’t make him a prince or princess, whatever it’s going to be. But if you’re saying the title is going to affect their protection, we haven’t created this monster machine around us in terms of clickbait and tabloid fodder. You’ve allowed that to happen, which means our son needs to be safe.”

Meghan said she did not worry about being a divorced, mixed-race American actress entering the British royal family. Still, later she “thought about it because they made me think about it”.

Meghan said it was not so much the royal family members themselves who treated her this way, but the people behind the institution.

She emphasised that the queen herself “has always been wonderful to me”.