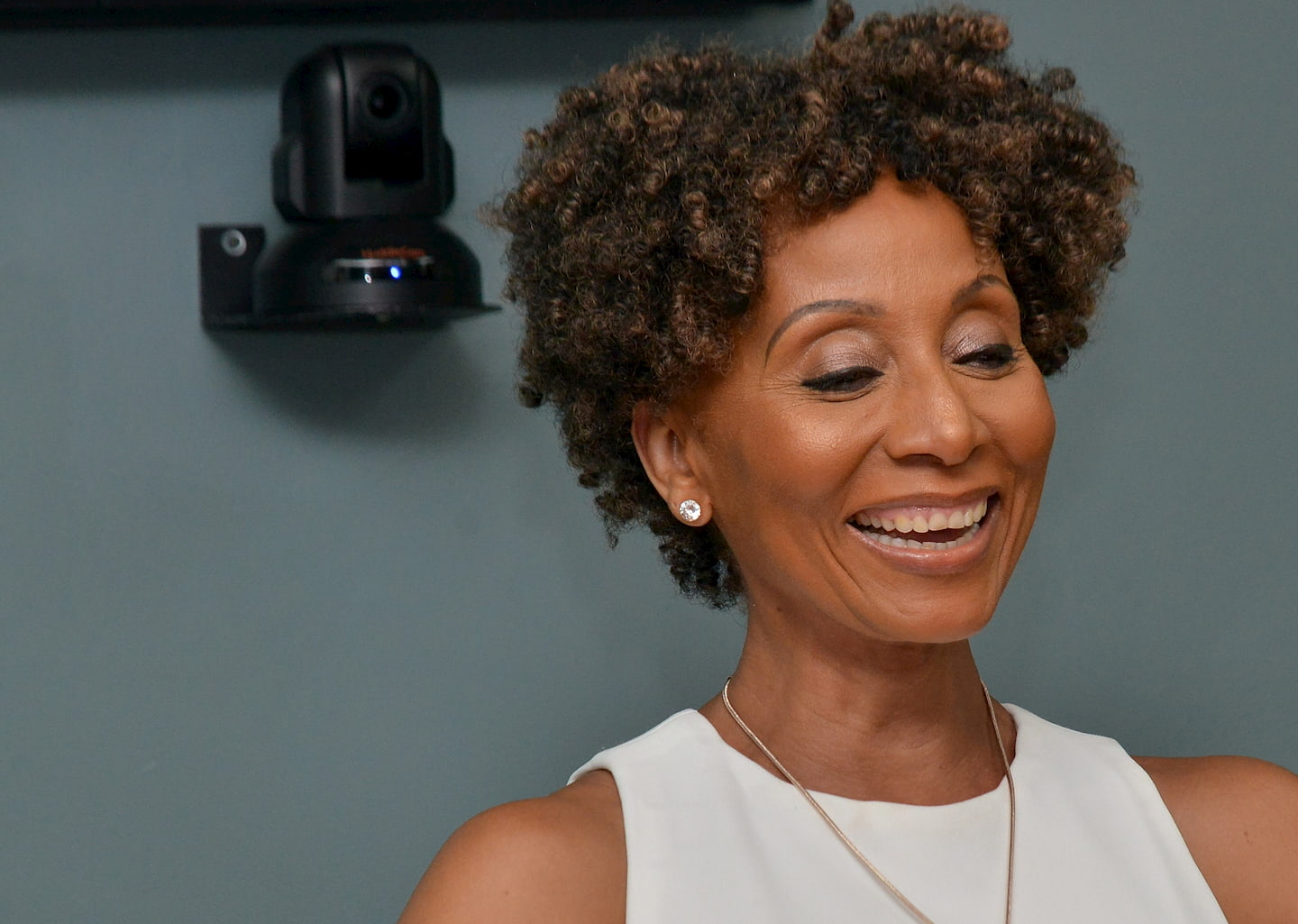 As the singer who recorded a dubplate endorsing United States Vice President-elect Kamala Harris, Nadine Sutherland was naturally expressive about many ideas that surfaced throughout the election period. From the importance of centring one’s self, through meditation and what it means to be a feminist to her struggles with anxiety related to elections.

Sutherland’s voice is like a songbird as she answers her telephone. She then requests a callback, as she prefers to have her morning meditation before beginning her daily tasks, though she had been up from 4 a.m.

“It is the Above Rocks girl in me, that habit to get up before the sun rises and also, I find it an essential part of my day to meditate, in order to centre myself. When I don’t, everything feels out of sync or all over the place,” Sutherland told Flair. An hour later, the singer-songwriter was ready to share.

Sutherland described her initial sentiments towards endorsing Harris and Joe Biden, who was declared the 46th president of the US, as “naïve”. If she was to show her support, the only alternative was to be a smart supporter.

“As a friend of mine said to me, ‘Nadine, I know you are coming from a nationalistic and feminist perspective, but in doing so, don’t be idealistic’; it was advice that I accepted with open arms, basically to educate myself on the policies and what they stand for,” Sutherland shared about her decisions to not only endorse but vote early.

“I am happy, ecstatic even because I felt strong in my conviction when I went on to endorse Kamala based on her ‘Jamaicanness’ and feeling a sense of pride. [Not only] as a woman, but also for the reason that the party’s policies coincide with my own beliefs and spirituality – to respect nature and human life.”

She went on, “I must also share that I have a different concept of feminism. Some persons are of the thinking that it means you do not like men, but that’s not my reality. For me, it means women are treated equally to job opportunities to be presidential material and receive the same respect as our male counterparts … so I am a feminist at heart.”

Despite her involvement in campaigning for the democrats, Sutherland maintained, “I don’t like politics”.

She went on, “I never endorse anyone politically in Jamaica because I was a victim of political violence. Even when I think I am going to take action and do it, my father would say no, even though attitudes of persons have changed and I am respectful of our leaders.”

The singer expressed that her experience as a child growing up in the small St Catherine-community of Above Rocks during the 1980 local election is forever stamped in her memory.

“When it was called, we were aligned to a party and gunmen came to our house and threatened our lives. The incident of having these men holding weapons to our heads, including my grandmother, who was crippled, and brother who was six years old at the time, is scarring,” she said.

“I never understood post-traumatic stress disorder, but I guess you could say it is what I feel any time an election is called, I feel the stress within my senses.”

Nonetheless, Sutherland says she was euphoric when it was announced that both candidates for the recent People’s National Party (PNP) presidential elections were individuals she shared a connection with. While her song, the dancehall classic, Action, has experienced a type of revival with the dubplate being played across radio stations in the US, she also remembers singing the track before its official release at the 1993 Miss Jamaica World pageant when the St Ann South East Member of Parliament Lisa Hanna was crowned.

“Lisa is a beautiful, strong woman. I am [not] close to her, but I have known her for years. We shared a hairdresser and a nail technician. I remember her innocence and cuteness then as a young beauty queen, and I will never forget how the uptown members of the audience literally froze me, for performing dancehall at the event,” she said.

“I salute her as a woman and at the same time congratulate the new president, Mark Golding, who many persons would not know because it was never released, we recorded a tune together. Mark is a ‘wicked’ deejay and impressive human being. I wish them the best in terms of governing the PNP. I am happy for Mark, and I would be equally happy for Lisa if she was elected as the political party’s president.”