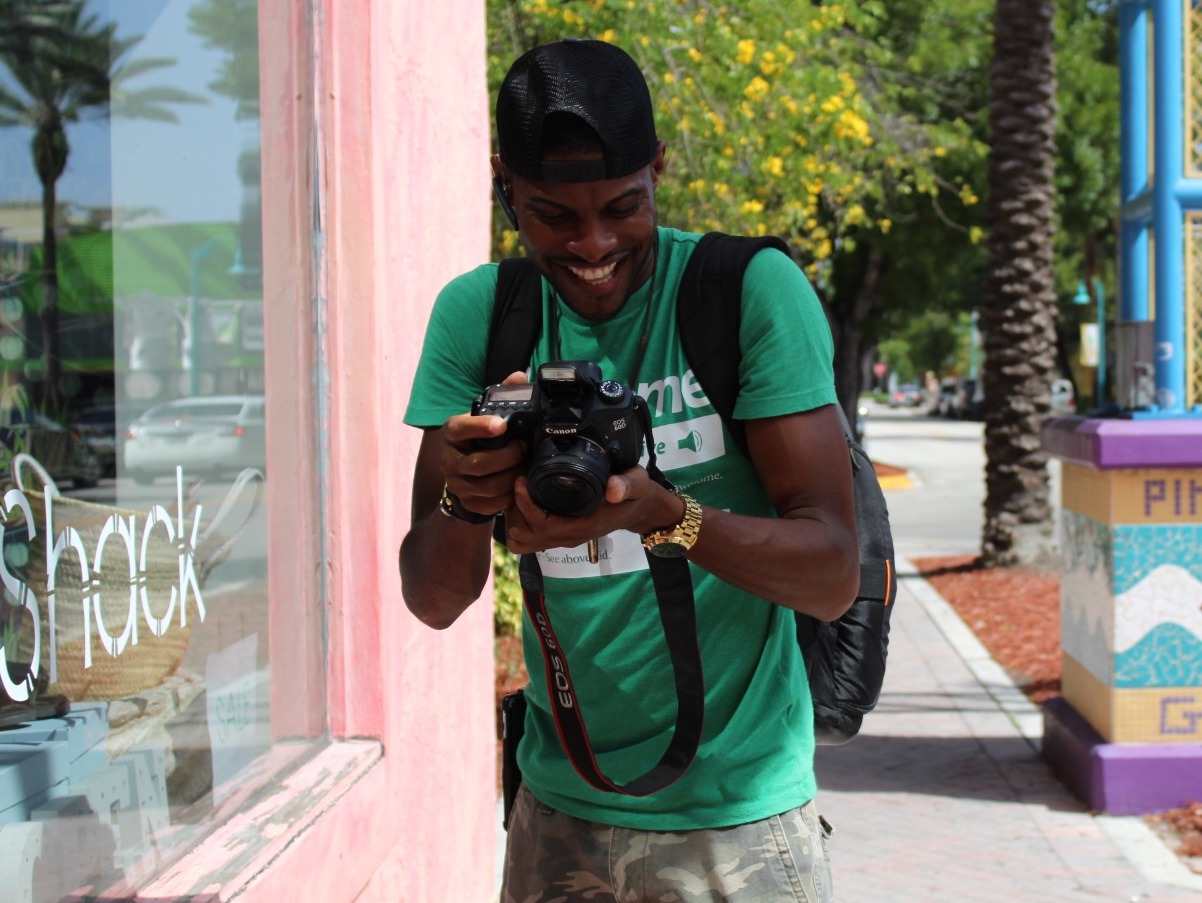 If it is that a picture is worth a thousand words, then by this estimation, what is a video worth? Video, according to Lisa Lubin, informs and entertains people. No one understands or appreciates this sentiment more than O’Knegi Holness.

His love for video production was first ignited in his teenage days. After being asked to use a camcorder to film a funeral service for a family friend, he earned the title ‘Steady Hands’. Sealing his fate in the creative industry, he attended a career expo during his final year at Willowdene High School in Spanish Town, St Catherine, and was fascinated by television production. He followed his dreams to Northern Caribbean University, where he pursued mass communication.

“While attending Northern Caribbean University, I worked in the television and radio station, where I started to hone my craft both in radio and television production. I was a radio host and also a videographer for the television station,” he told Flair.

The young videographer was even asked to fill in on set for the Caribbean Model Search in 2005 by a friend, Milton Foster, who at the time worked at the Jamaica Information Service in Mandeville. That was marked as his official foot in the door.

Following the work experience, Holness was hired as a regular videographer for that show, and eventually became the director of photography. That opportunity was the beginning of his career as a videographer 17 years ago, opening many more doors. “I’m grateful to have worked behind the scenes with some of the best media outlets and modelling agencies in the country; Onstage TV, CVM TV, TVJ, Phase 3 Productions, Krystal Clear Productions, SportsMax, The Lab, Saint International Ja, Pulse, and more,” he said.

The journey, he shared, has been both enjoyable and very rewarding. While it has had its fair share of challenges, the consummate professional has managed to overcome the issues while maintaining enthusiasm and a passion for the creative industry. “One of the major obstacles [has] been the change in technology and the way the world consumes media, television in particular.” The changing media landscape, according to Holness, requires more in-depth research and gaining knowledge to source and effectively operate devices used to create content. “I believe that I have defied the odds by honing my craft to not only [survive] this industry, but also [excel] in it. I have furthered my studies and [familiarised] myself with new technology, and also [networked] with major players within the creative industry, locally and internationally,” he added.

His passion for video production knows no bounds. He revels in the art of creating meaningful content that impacts the lives of people, regardless of age, race, gender and religion. He also loves the fact that he can put smiles to the faces of people he has never met, and bring ideas to life through film. His most memorable experiences are from his travels. “I remember being on assignments in Los Angeles, Kenya and Japan, which led me to appreciate the fact that I have evolved immensely as a cinematographer from rural Jamaica.”

Holness has taken his pursuits to entrepreneurial heights, starting his own film company, Masque’ Filmz. The business provides both cinematography and editing services. His latest project is a series showcasing attractions and historical sites in Jamaica. “During this unprecedented time, there needs to be some form of hope and I think sharing these features will help people see the beauty in the world and, in particular, Jamaica.”

Paying homage to the land of wood and water, the project is indeed dear to his heart because it helps him to reconnect, since he is a part of the Jamaican diaspora; and it also encourages others around the world to see Jamaica as a great place to visit. “Jamaica is not limited to the popular vacation destinations that are usually highlighted. The island is very rich in history, and there are many hidden treasures that have yet to be explored. Showcasing some of these locations will hopefully help to boost the visibility and economy of the communities in which these attractions are located.”

So, what’s next? This entrepreneur plans to do even more studies and expand his brand. His ultimate goal is to create and direct his own films and documentaries.

“Start where you are, with what you have, and never lose your passion,” is his advice to aspiring videographers.

“I strongly believe that there is no perfect time to start. Technology has become even more advanced, and phones can be used to capture pictures and videos effectively. As young aspirers, I would encourage you to think creatively and surround yourself with like-minded people; networking is key. Most importantly, invest in yourself and never give up on your dreams.