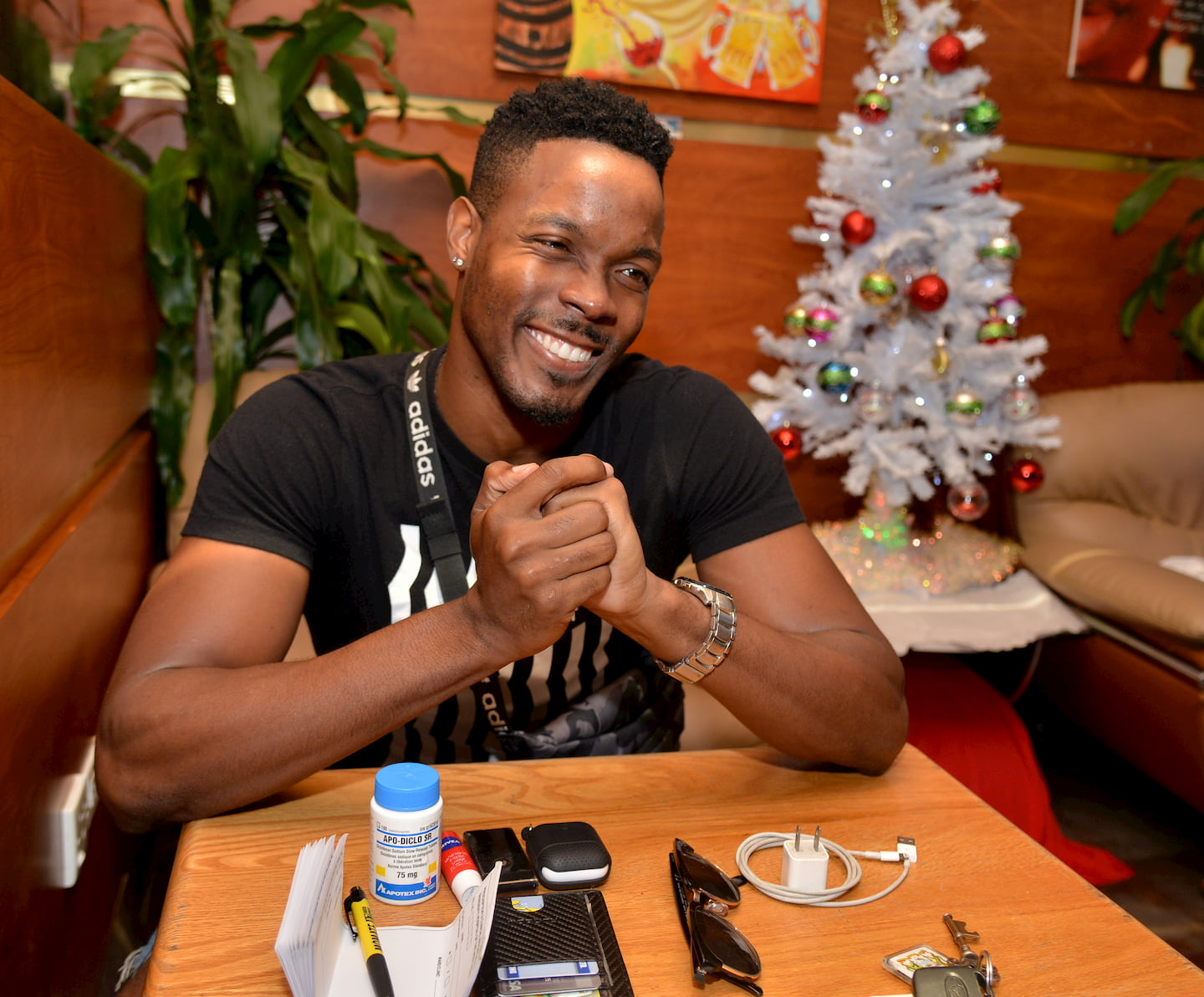 Lots of people are perturbed by the idea of having a young doctor tend to them while they’re ailing. One thing everyone does want, however, is a doctor they can feel comfortable with, someone they feel they can trust. Well, trust us that if you’re looking to get back to 100%, you’ll want Dr Douglas Fletcher helping you along the way.

When he’s not caring for patients, you can catch him feeding the minds of his thousands of Twitter followers with his scathing analyses or even casually tweeting his hilarious musings. When Flair caught up with an off-duty Dr Doug at the Rituals Coffee House, he was immediately all smiles, completely bright and friendly and totally engaged. Looking totally relaxed and off duty in his cut-off shorts, body bag and – gasp – earrings that his boss has put his two cents in on! Dr Doug sat and gave a charming grin to start us off.

From the body bag – really just the rebranded fanny pack – came his official essentials, not many things but totally functional things. First, his slim wallet which somehow looked full, then his script pad. “Just in case I run into one of my old patients,” he explained, “you’d be surprised how often it happens that I run into an old patient who hasn’t refilled their medication.” Apparently, it happened that he ran into a patient from St Thomas who hadn’t done so and fortunately had his trusty prescription pad and handy dandy pen in tow. It’s care like that we all want to see from the doctors who’ll eventually be our family doctors as our old (no pun intended!) ones retire. Then came his affordable sunnies which were followed by his pricer Airpods. The man clearly lives a life of duality. Balance is a must! “I listen to music a lot, from my car to the gym to my downtime so these are really convenient, way more convenient than cords which you have to untangle. I don’t regret it.” And we concede the point, even though he joked that he got them because of the hype.

Next, “Painkillers.” He shook the little bottle as he took it out of his bag. “Just in case a headache comes on, don’t worry, it’s not Vicodin or anything like that! It’s just Voltaren!” he laughed playfully, obviously scandalised. Dr Doug revealed that he also makes sure has the supply for whatever friends of his who could be having period pains, aw!

For the doctor, his body bag actually has too much stuff! But we don’t agree, not only can it all fit into a compact space, it all has its uses, especially the sprayable hand sanitiser which should cut down on sanitiser waste since it’s not that goop you always squeeze out too much of. Rubbing his hands together brought our attention to his wrist, where one of the two gifted watches from his twin brother sat. “This Perry Ellis watch is my everyday watch and I have a gold Invictus watch for special more dressed up occasions.”