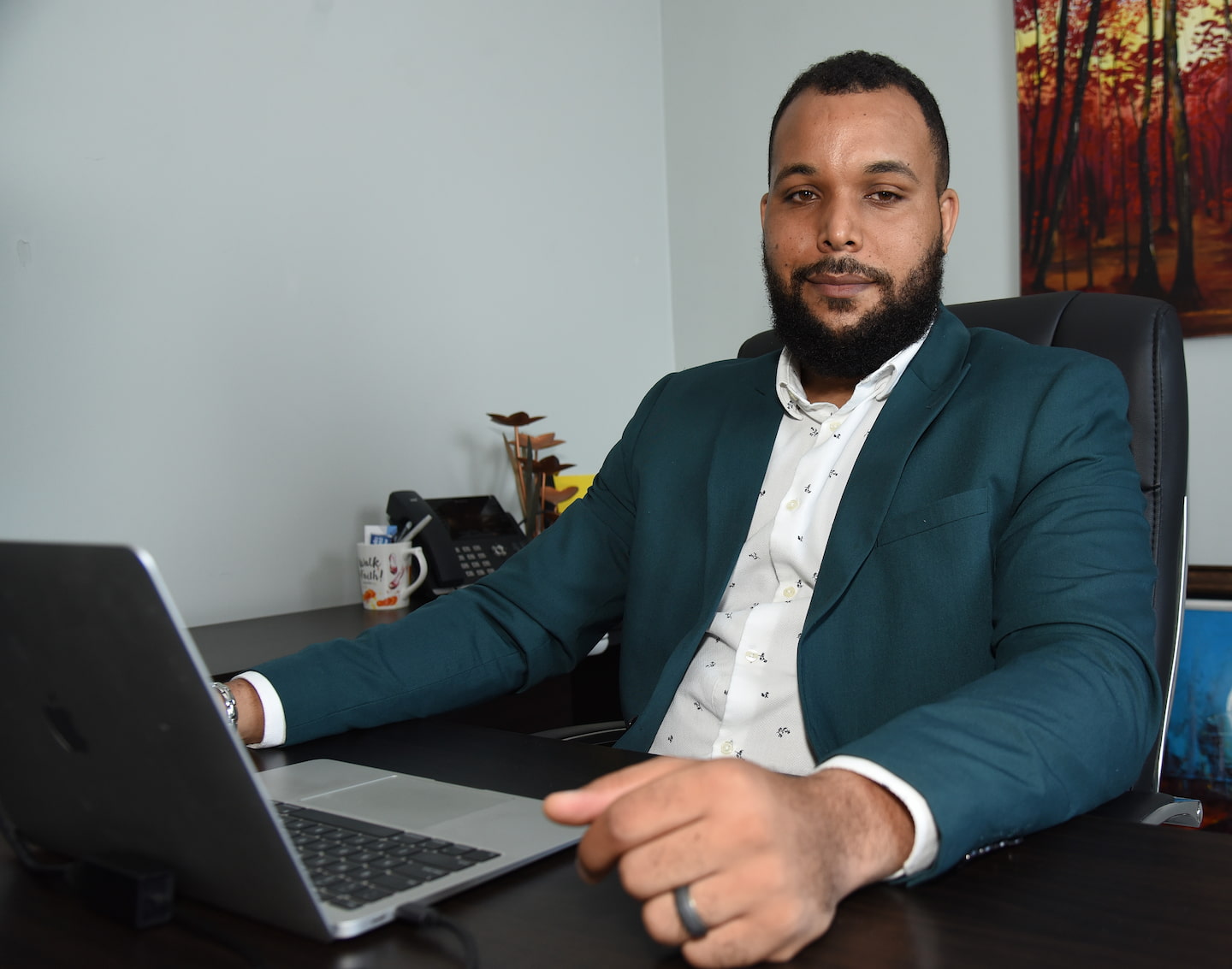 As cybercrimes go, accidentally saving a virus to your high school’s computer isn’t particularly heinous, but, for Rory Ebanks, now director of cybersecurity at Symptai Consulting Limited, it sparked an interest that developed into a fulfilling career. Hailing from Junction in the bread-basket parish of St Elizabeth, Ebanks recounts his story and his growth from boyhood to leadership in the cutting-edge field.

As a student at Munro College, Ebanks was always at the top of his class, and it was at Munro that he had his first introduction to computer programming. He recounts his eagerness to learn as much as he could about the technology of the day. “In the days of dial-up and floppy disks, I took the time to do research and tried to find out how these mechanisms worked. I remember being in third form, my friend and I were deeply interested in computing, and we accidentally saved a virus to one of the school’s computers, which caused quite a bit of damage. That’s when I recognised the importance of IT security, and that was the catapult towards my career in cybersecurity,” Ebanks explained.

As he prepared to sit the Caribbean Secondary Examination Certificate (CSEC), Ebanks completed his information technology school-based assessment (SBA) well ahead of the due date and began helping his classmates. “I observed that some of my friends were struggling with their own SBAs, so I took the time to assist them. Word of my knowledge and skills in this area travelled, and, from there, I started an informal business when persons started reaching out to me for assistance in completing their IT SBAs,” he shared

By the end of his time at Munro College, Ebanks had earned top marks in his CSEC information technology and CAPE computer science examinations. His transition to the University of Technology (UTech) followed naturally. “Attending UTech was a great decision for me because it offered the courses and technical training I was interested in. During my first year, I excelled in all my modules, all except programming, surprisingly. And that was a turning point for me, as it made my decision easier in second year when it came time for me to now specialise in an area. I realised programming was not the best fit for me, and so I decided to do data communications, which focused on IT networks,” he said.

In addition to expanding his knowledge in information technology, Ebanks worked on honing his leadership skills. He was put in charge of the IT lab in his dorm, which gave him additional experience in managing networks and people.

“I appreciated my time at UTech; I learned to work well with people and to take risks in order to be successful. I had proposed to take over the running of the university’s tuck shop during the time when they would normally close during [the] exam period. When I was given permission to do this, I risked the little money I had to buy the goods that were needed, especially the popular sugar bun and cheese. At the end of that period, I found that my sacrifice and hard work yielded profitability and exceptional results,” Ebanks recounts. In 2010, he graduated as the youngest of his year group and received the award for best performance in his programme.

Eager to work and armed with his knowledge and expertise, Ebanks excelled at his first job, working in IT auditing. Within only two weeks of joining the organisation, he found himself helping the managers teach his colleagues during the official training session. By the third week, he was assigned his first solo project with a major client. With the success of that first project came continued acceleration. Ebanks was quickly assigned projects which took him overseas, “Back then, this wasn’t the norm, as these opportunities were usually granted to senior employees. I was granted the opportunity to travel extensively throughout the Caribbean to countries like St Lucia, Haiti, and Trinidad and Tobago and to the US on a special project.” he shared.

But Ebanks never wavered in his passion for cybersecurity. In early 2012, he learnt that Symptai Consulting Ltd was seeking to hire an IT auditor and knew this was his chance to further his career. During the interview with the managing director, Marlon Cooper, Ebanks spoke of his interest in cybersecurity and was ultimately offered the position of senior information technology security consultant.

Now working at his passion, Ebanks continued to excel under the coaching of Andrew Nooks, a thought leader in cybersecurity in Jamaica. As the field of cybersecurity developed and the Symptai team grew, he pursued further certifications and attended international conferences for cybersecurity. Ebanks was officially promoted to the manager of information technology audit and security advisory in 2017 and ultimately became head of the cybersecurity unit at Symptai.

“I thoroughly enjoy the work I do in the cybersecurity field. In many ways, I still have that curiosity that I had as a young student, wanting to understand more about how things worked and being willing to try new things.”

Ebanks shares that some of his most memorable projects have included working with the region’s largest financial entities in banking and insurance that required web application testing, cloud security, external and internal penetration testing, DevSecOps, and network architecture reviews. He further shares that, given the ever-changing dynamic of the cybersecurity field, clients in commercial, manufacturing, oil and gas, and government agencies have called upon him to review their entire IT infrastructure, advise on budget and people resource models, and provide security training.

He is most intrigued by the growth and development of his team, having built his unit from the ground up, and uses international companies to benchmark the operations of his unit. “I want to see those around me excel and, as the director of the unit, I continually seek out learning opportunities for myself and my team, to ensure we are keeping step with global leaders in the field,” Ebanks shared.

Having achieved his dreams at an early age, what’s next for Ebanks? Personally, he aspires to retire from cybersecurity at age 40 and branch out into building construction and home improvement, but not before positioning one of his protégés to replace him. To date, the most valuable lesson he has learnt on his professional journey is that you cannot learn everything, nor can you be an expert in every area. So it is wise to choose carefully and excel at your chosen speciality.