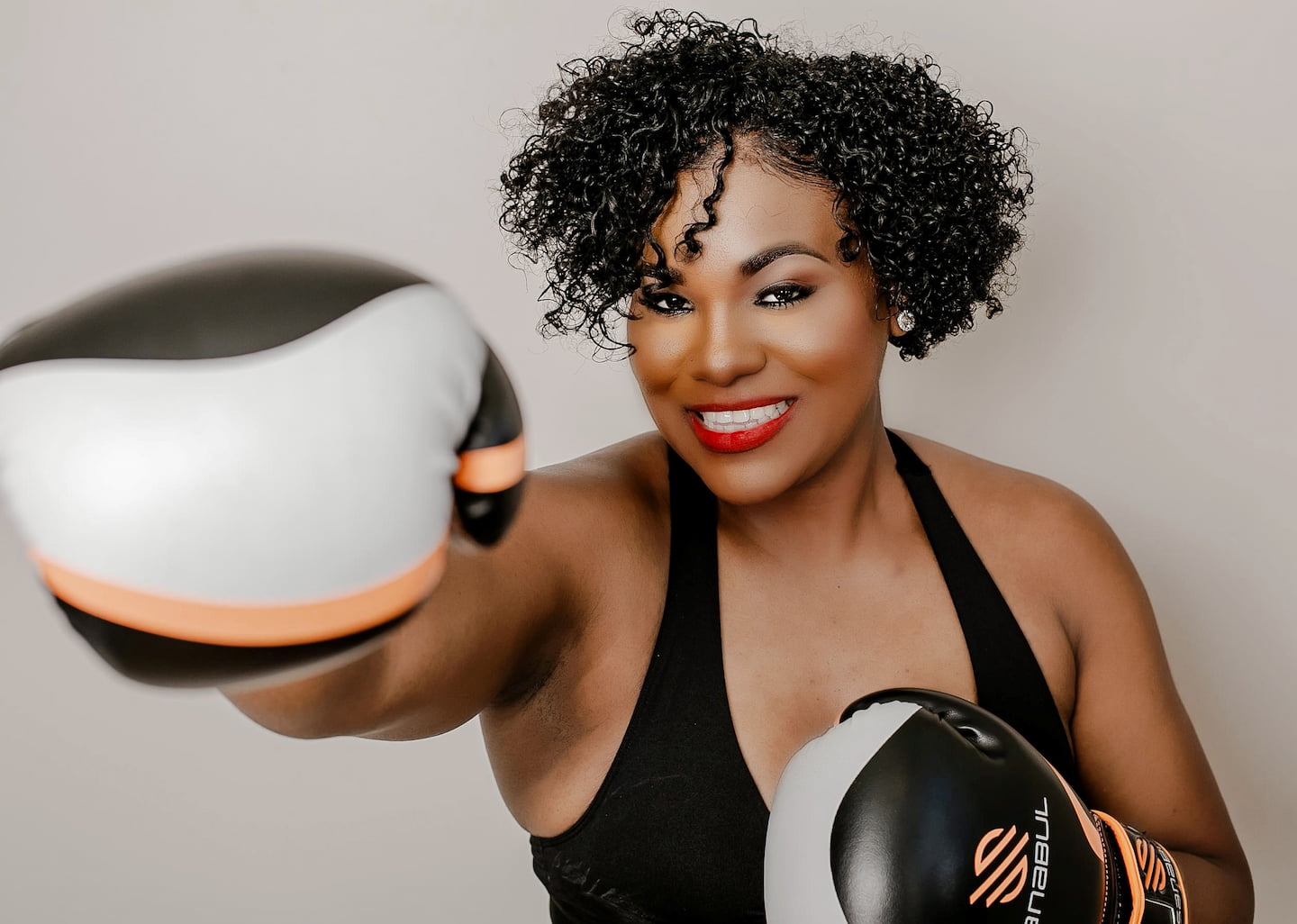 She’s got her boxing gloves on, but she’s very careful with the fights she picks. The fighter: a popular journalist, talk-show host and university lecturer by the name of Saudicka Diaram. She has knocked down proverbial walls in media and communications to build a solid platform for her passion, from the ground up. The fight: for mental health awareness and dismantling the taboos and stigmas around mental illness.

What motivates her to keep fighting?

“It doesn’t always take someone with a mental illness to advocate for the cause. Sometimes things just choose you,” she told Flair.

She added, “I wouldn’t say I have severe struggles with mental health issues, either. However, I think we all experience feeling burnt out and stressed that we end up self-diagnosing as depression. I may not have been diagnosed as clinically depressed, but by reading and through my personal growth, I realised the focus on physical health and the importance of the mental aspect as well.”

Diaram says she does a quarterly plan every year, and last month she realised the need to focus on her brand and how it represents the things she is passionate about.

“Mental health is one of those things. So, I decided my brand would communicate and speak about it. I am very conscious of self, and I’m always seeking knowledge and new ways to improve self and also to improve others around me, whether it’s spiritually, emotionally, physically or mentally,” she shared.

‘Celebrate your life. If you don’t take care of yourself, you might not be able to,’ Diaram captioned a mock-up of a magazine cover with topics surrounding mental health and self-care via Instagram on May 11. “I have received messages via social media, from persons questioning if I am training for something to others sharing the ways I have inspired them to work out. Truth is, I believe working out should be part of everyone’s life; it could be as simple as a 30-minute walk, once you’re moving and sweating because it links back to how body and mind work together, it helps with one’s overall health and wellness, and mental health.”

She continued to share posts about the subject throughout May, which is observed as Mental Health Awareness Month and is also Diaram’s birth month.

“In celebrating my birthday last month, I did a photoshoot, and I try to do that annually under a theme. This year the theme was ‘Wellness Within’, focusing on how individuals can take care of themselves by, as I said before, working out, but also dressing up for no specific reason, spending time alone, and laughing; because laughter is important to your health,” she expressed, adding that, in embodying what she is passionate about, “it is now part of my studies”.

Defining who Saudicka Diaram is to Flair, she said, “Saudicka is a woman who is constantly evolving, and it is hard to say one thing about yourself as you grow. I am a working mom of a four-year-old boy; I am a fighter, but I am also fun. I’m mindful of the person I’m becoming and always questioning the path I’m supposed to be on, but still, one who thinks it is important to leave room for your personality and identity to evolve. As a child, I read and wrote a lot, so it’s no surprise that I ended up in journalism as a career.”

Diaram studied at the Caribbean School of Media and Communication, where she earned her bachelor’s degree and then went on to do her master of philosophy programme in cultural studies.

“My thesis was research on popular culture and tactics artistes use to construct their image; brand building and image construction for dancehall artistes like the Shabba Ranks, and how it evolved over the years from focusing on clothing and hairstyles to the 21st century, where we have seen more body modification as well as more tactics related to construction, from unusual tattoos to surgical enhancements, as a means to stand out. It is manifesting as we speak, because we see all the things artistes are doing,” she said.

Watching from the sidelines over the years, as a journalist with a focus on Jamaica’s entertainment and cultural landscape, Diaram has had the privilege to observe personalities and their overall interaction with people. Now, through her own studies, she is throwing her hat in the ring by looking at the impact of fame on mental health. Giving the blow-by-blow of her five-year plan, as it relates to her research, which she hopes will be completed by the time she turns 40, she explained that it is a target she has set for herself as someone who is always working and studying.

“As I pursue the PhD programme at The University of the West Indies, I am also a full-time lecturer at the University of Technology. I have seen in the entertainment industry when persons are not prepared for fame, and it comes their way and with several other layers, that it does affect mental health. That’s the passion of my research which I am currently doing – mental health, fame and popular culture – trying to look at the impact, if any, and the correlation between fame and entertainers’ mental health issues,” she said.

“We realise a lot of activities within the social media space, persons who are trying to make sense of what is happening with their brand, and with themselves. Research has shown that fame can be addictive, because it’s the same type of feeling you get and the same type of hormones released when people glorify you and give you all that attention; that’s similar to when a person ingests a substance. So, there is room and scope for more work in that area as social media evolves, and that’s my focus as well, looking at the dimensions of social media, the digital space and mental health, focusing specifically on entertainment because I have been working in that area for a long while,” Diaram continued.

ROLLING WITH THE PUNCHES

As she gets her research off the ground, Diaram is producing and creating content on the topic of mental health through her YouTube channel ‘The Saudicka Diaram Show’, which, she admits, though launched in 2015, did not receive her full attention until two years ago.

“I was focused a lot on mainstream media, but the world has shifted into a digital direction. Digitally it has proven to be the way, and so a lot more energy is going into that area in recent times. We are also having more discussion around the topic in those spaces.”

She intended to launch her Mental Health Matters series, featuring personalities who have experiences with mental health issues in May, but said that it would filter into this month.

“As I discover things on my own, I find creative ways to put out content. I want to talk to persons in the industry to see how it has impacted their growth and development. I do know, as Jamaicans, we also have a culture where we don’t promote therapy, counselling or asking for help; and I would love for us to normalise therapy, and it should be easy to access therapy, and persons should not be thinking about the stigma attached to that, because it is for a greater good,” Diaram noted.

Through these efforts, Diaram is helping the fight against the stigma of mental illness. As a call of encouragement to those with mental illnesses, she said, “For those battling, if you’ve exhausted every avenue, seek help. The best thing you can do is seek professional help. It’s not a weak move, especially for men; it is strong when you recognise it. Women speak a lot, so that helps us to get through situations and help our mental health, but men tend not to speak of the issue because of the stigma society places on men to say they are strong and should be leaders. Some people will say they just need physical health, but they need emotional [health] too.”