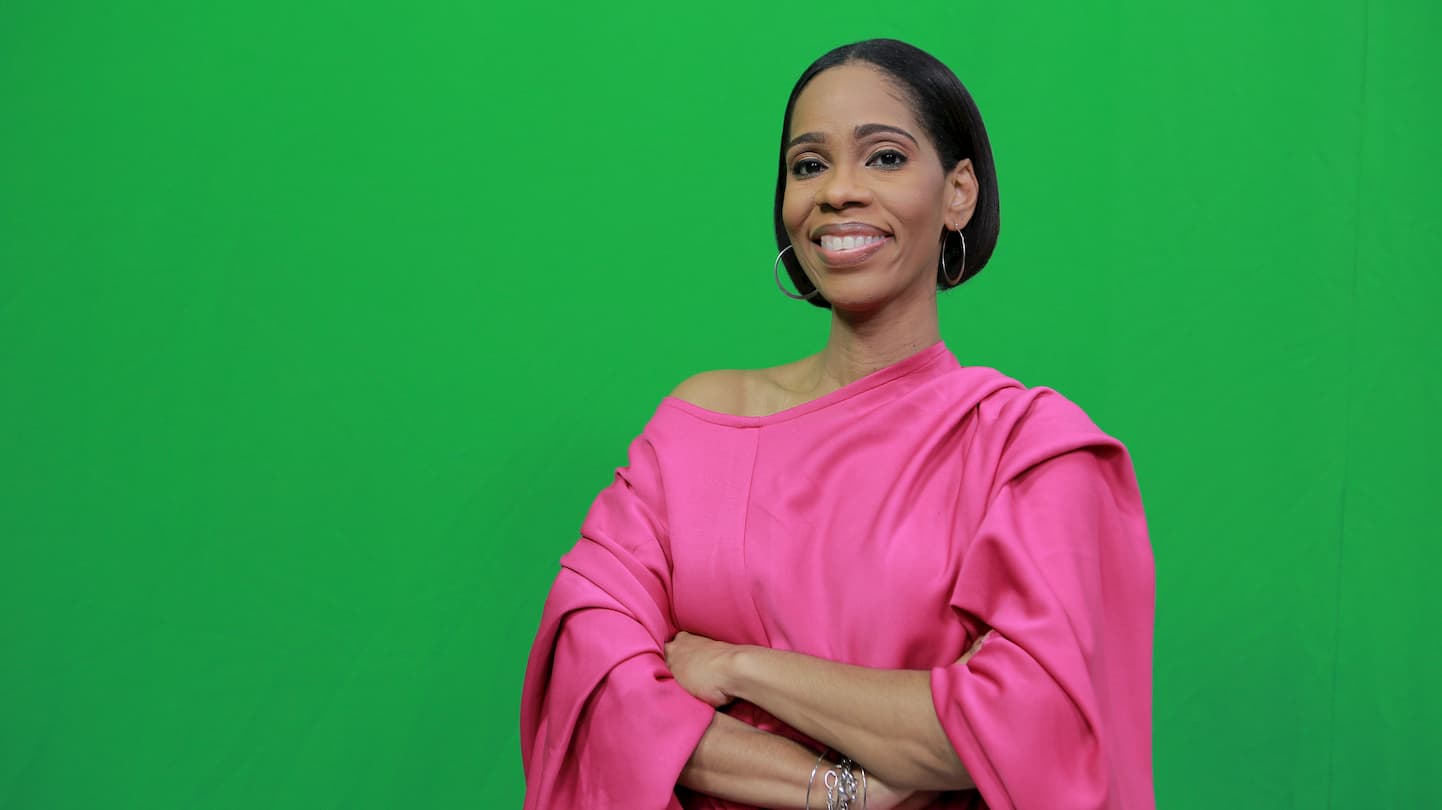 For American actress Emma Stone, the best representation of beauty is “someone who is unafraid to be herself”. And no one exudes beauty and talent more than expert journalist and corporate businesswoman Simone Clarke-Cooper.

From gracing local televisions as a broadcaster and host to working on bettering brands via public relations, Clarke-Cooper has effortlessly facilitated gripping narratives and represented companies, both on and off the camera.

Spending her life around a sister whom she admired, two younger brothers, many aunts, uncles and cousins, two supportive parents, and her beloved daughter, Simone Clarke-Cooper’s life has always been centred heavily around family. “Family is and always has been a very big thing for us.” The unbreakable bond even influenced her path to pursue media, since she was walking in the heels of her sister who had been involved in journalism at the time. Assisting in the calling was her keen interest in speech, drama, writing and performance.

So, how did the young third-former at Immaculate Conception High School begin to carve a career path in broadcasting? Through a series of fated events, one of which included a Creative Production and Training Centre (CPTC) audition. “I literally stepped into that class that day looking to get into a speech class, and I left stepping into the path that I had prayed for and had wanted to step into for so long.”

Later in life, she also mustered up the courage to boldly step into corporate Jamaica as a communication specialist. While there was much on her plate, the consummate professional yearned for more. “I’m at a stage in my life now where I need more, even while I’m doing what I have been doing for the last 10 years. I’m ready to say ‘yes’ to a lot of the opportunities that I haven’t had the chance to do.”

It is with this mindset that she launched SimSpeak Communication Services Limited — her very own communication consultancy company that provides media and presentation training for professionals, as well as any individual with broadcasting dreams. Clarke-Cooper admitted that this is a scary move “but I’m really excited about opportunities, about what I can achieve and about what I think I have the capacity to achieve. I am ready to see what the move brings”.

We know that success stories aren’t written without their own share of obstacles. In the case of Clarke-Cooper, she refers to the hurdles as her ‘but-thens’ — uniquely characterising the many possibilities that could have come to fruition in her life, and the ‘buts’ that might have halted, thwarted or redirected their course.

Over the past few years, she has shared her painful behind the scenes experiences with miscarriages, as well as with divorce. And in the midst of enduring these life-altering experiences, she continued to spend her mornings working on a programme called Smile Jamaica, after which she would leave to execute her tasks in a high-pressure corporate role. “I did it every day, and I would cry at the time. Or when I could. But nothing could fall, and nothing did — at the risk of me.”

She shared this, she says, to emphasise what she believes is the extraordinary capacity of the human spirit. There were times where she questioned her ability to manage. “But sometimes we just have to go through some situations that we can’t see the other side of, until we realise we are on the other side of it.” She went on to declare, “I’m on the other side of it now, and it’s still fresh, but I literally look back on it now and I’m like ‘Thank you, God, for this journey’, because I feel like a brand new, revved up, suped-up, settle-for-nothing, better-than-ever, version of myself.”

Speaking about the trajectory that her life has taken as a testimony, this sentiment is fitting when one considers her devotion and her faith. It is a journey that, with all its ‘but-thens’, has brought her closer to God. “It’s one thing to read the scripture and see what people say God will do for you, but when you’ve experienced a situation that you don’t think you can come out on the other side of … and you don’t do it one time but you do it two times and three times you haffi she, ‘No man …’ There were days when I don’t even know how I made it, how I managed; somebody had to have been carrying me.”

It’s, therefore, no surprise that she holds the scripture, Jeremiah 29:11, most dear to her heart. “For I know the plans I have for you,” declares the Lord, “plans to prosper you and not to harm you, plans to give you hope and a future.”

This, for Clarke-Cooper, is a truth which she lives every single day.