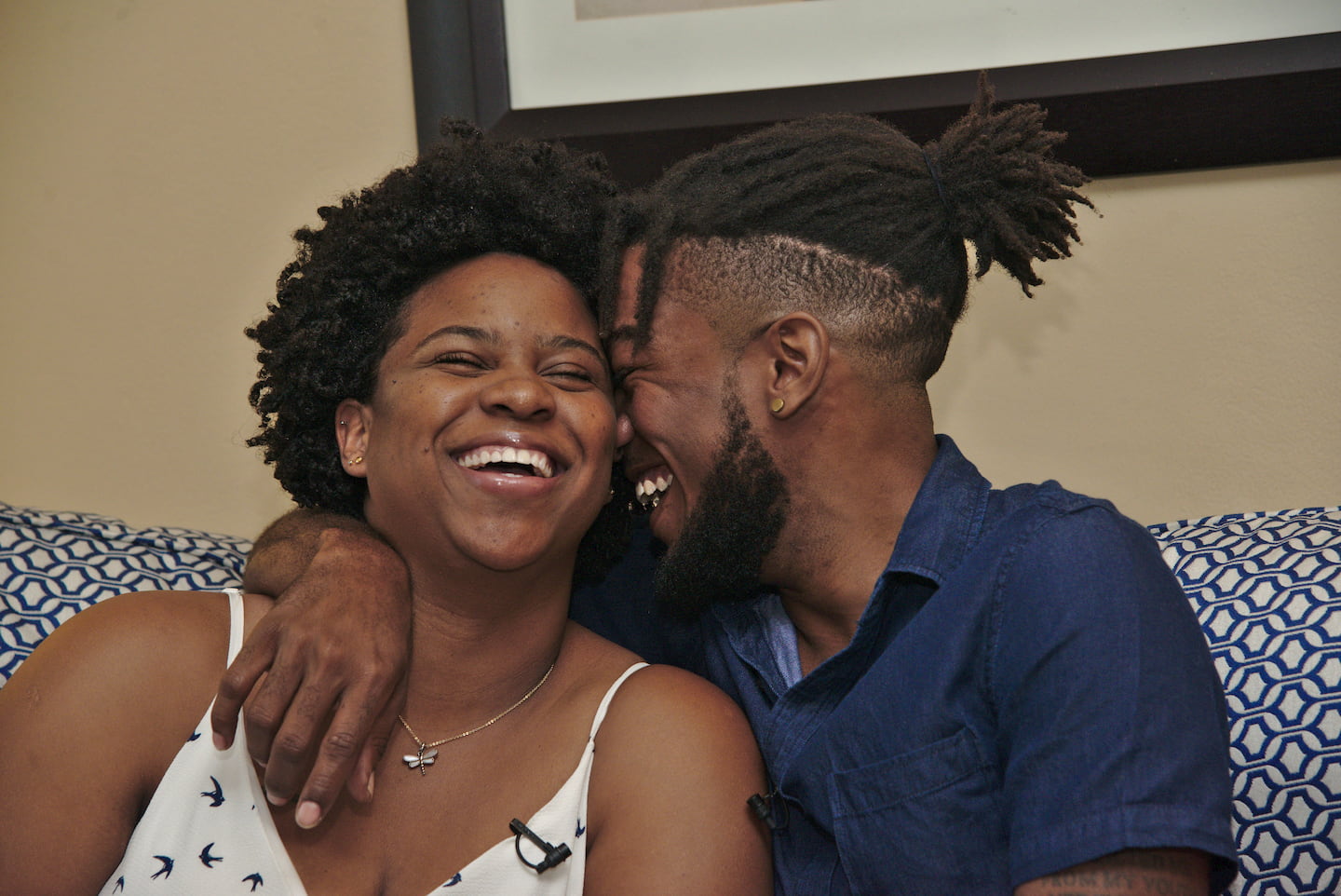 The Adventures of Craig and Jodi

English writer Lewis Carroll uttered definitively, “…the best gift you could have given her was a lifetime of adventures.” Craig Watson presented Jodi Kay Laing with the greatest adventure of them all: love.

They embarked on a whirlwind romance six years ago, but the two go back much further than that. They met in high school, forming a friendship in the early days. As the years progressed, they, unfortunately, grew apart. That, however, wasn’t the end of their story, but would be the beginning of a new and exciting chapter. Fate stepped in, reuniting them in college. The University of Technology became the start of a beautiful relationship.

“I was at the UTech. I went to school that day in a pair of shorts, and I had walked up to the side of Island Grill when I saw Craig. He was playing dominoes at the time with his friends. I said, “Hey Craig,” and gave him a hug, she explained. When she walked off, all she could hear behind her was Craig colourfully expressing how impressed he was by her. Let’s just say her body had his head in a ‘tailspin’! Suffice it to say, she got his attention and has been in possession of it ever since.

Craig highlighted her eyes as one of her best features, sharing that he loves that they shift from light to dark green, depending on her mood. Aside from her physical attributes, he is blown away by her intellect. “For things that I’m not able to process in different ways, she is helpful in that regard and she’s always there for me. She is also really funny and has several facial expressions that will crack you up.” Jodi snuggled in his protective arm as he showered her with compliments. Laughing at his jokes, she admires how real, loving, sweet and extroverted he is, even though she would rather stay in bed. “I have to be booked two to three business days before I can go out,” she admitted. She is trying to get him into the movie scenes. And he is trying to take her outdoors to car shows.

The better cook, hands down, is Jodi. Craig is great at complementing the main dishes with supporting staples such as festival, dumplings, rice, mac and cheese. Additionally, he applies season and spices to make everything nice, meats included. More affectionate goes to Jodi, while they split romantic gestures equally, revealing that Jodi has her way with words and Craig is more expressive. “We like going out, spending time at the beach or pool, travelling together and renting Airbnbs.”

Together, they have taken their adventures to YouTube with a Vlog titled ‘Everything Craig and Jo’. They toyed around with the idea for a few years, and were given the extra push by others after posting little snippets on Twitter. “The concept came about when we were living in Ochi. We do a lot of exciting stuff. We’re always out, doing a lot of adventures with our friends too. When I’d post little videos to Twitter, people would say it’s pretty cool. So we figured it was best to do it,” Craig revealed. Jodi added, “We do everything together. Very rarely can you invite me somewhere and not get Craig, or invite Craig somewhere and you don’t see me. We saw it as a way to document the things that we love to do together, learning new things and going to new places together.” Starting in September, they are pleased with the progress and already have thrilling plans for video ideas.

These two didn’t miss a beat and showed Take Two that they really know each other, sometimes better than they knew themselves. Surprise and laughter presented themselves in that order for this exciting quiz segment. Jodi correctly answered that Craig doesn’t have a favourite cologne. Jodi, who declared a necklace with her name on it and ring as the best gifts he had ever given her, was met with an additional answer of a three-litre bottle of J. Wray and Nephew White Overproof Rum. “She loved that gift so much that I had gotten her two other gifts and she cannot remember them.” Jodi was stunned by this revelation, not only for its honesty but because she really could not recall the additional gifts – it was all about the rum.

Craig is a big fan of pasta – Jodi added Pepsi, which gave her bonus points. Jodi listed ice cream, pineapple and Popeye’s as her guilty pleasures, but Craig gave greater insight with Bad Dawg hotdogs, Johnnie Walker and delved outside of food with make-up and all of her shows – she watched about 40 all at once and has an app for it.

Her favourite shows include Flash (the first on Craig’s list), Shooter (he didn’t get that one) Supergirl, How To Get Away With Murder. She admitted to Blacklist and Blindspot and Anything Marvel, when she saw his answers. She owns five million and three shoes – she didn’t disagree. And he admitted to being a morning person but Jodi only knows of him to be cranky, confessing that maybe this is as a result of how she wakes him, and she is probably looking company since that answer is a reflection of her morning mood.

The key to a happy marriage for the lovely couple: communication, trust and understanding your partner. “I feel very strongly about persons getting to know their partner’s qualms and idiosyncrasies, so that they are able to communicate effectively,” Jodi said. “Also, be respectful and cognisant of the things that should be expected in your relationship,” Craig added.

For more information on the couple’s adventure, check out Everything Craig and Jodi on YouTube.