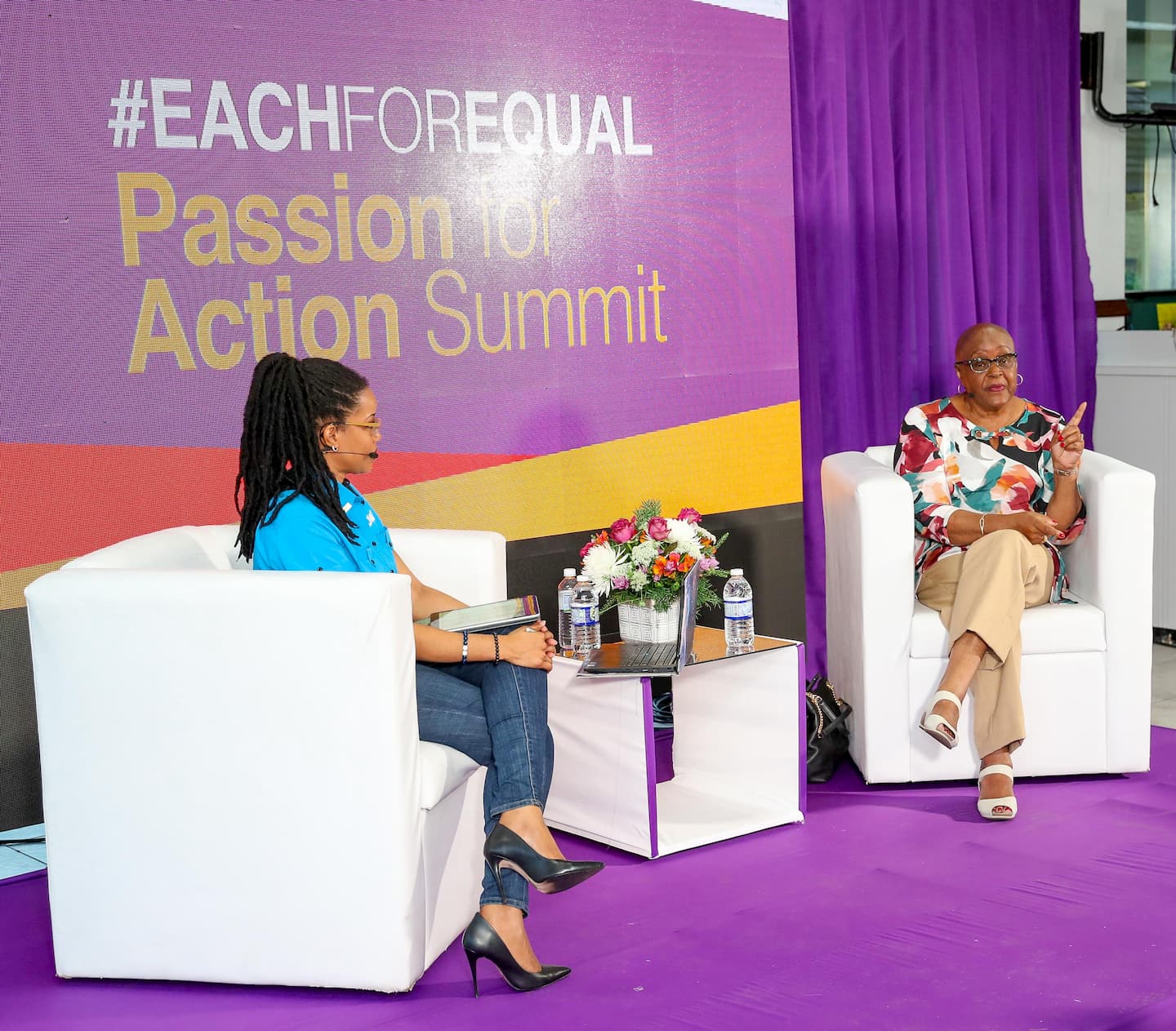 Hinchcliffe shared her life’s story and her journey towards becoming an astute businesswoman during a fireside chat at FLOW’s Passion for Action International Women’s Day event on Friday.

She began the discussion by unequivocally stating, “I am the last of nine children. As the last one, I had to claw my way to find my space. Growing up, I said that I wanted to be rich. I wanted to visit London Bridge and Brooklyn Bridge.” This background, Hinchcliffe said, allowed her to develop a fighting spirit to achieve her goals.

She spoke of her foray into nursing, a profession that she described as providing a strong foundation on which to build, regardless of where you want to be in the world. She stated that it opened doors for her to work at every level of nursing in the United States and later in international health for the Caribbean Community, the World Bank, and the Commonwealth.

However, upon returning to Jamaica after almost 30 years, she was unable to find a job. “People saw me as too experienced, overeducated, and too outspoken. No one wanted me, so I started my own company called Caribbean Health Management Consultants Limited,” she shared.

This venture provided her with the vehicle to submit an unsolicited proposal that would support the creation of a new wing of the University Hospital of the West Indies, now known as the Tony Thwaites Wing. After the development of the wing, Hinchcliffe got the contract to provide nursing and portering services.

The contract opened a new world of possibilities. From there, the opportunity came for her to provide similar services to the Spanish Town Hospital, and later, unsolicited opportunities for her to provide cleaning services to corporate offices came pouring in. “Almost 30 years on, I am still providing services at the Tony Thwaites Wing and to the Spanish Town Hospital,” Hinchcliffe stated.

‘DON’T BE AFRAID TO ASK FOR HELP’

Even as Hinchcliffe spoke of her tenacity and commitment to success, she encouraged women to ask for help when they need it. “Don’t be afraid to ask for help because that is the only way you will get it,” she implored.

Hinchcliffe continued, “Even after winning major contracts from the Kingston Public Hospital and [Victoria] Jubilee Hospital, my loan application was still not accepted by a financial institution because my intellectual property and maintenance contracts were insufficient collateral. I had to call my daughter, my niece, and other family members, who maxed out their credit cards to lend me the money. After five months in arrears, my apartment was also put up for sale. Eventually, a friend of mine lent me the money to live somewhere because the thought of being homeless is a frightening one.”

She also told attendees that their careers and failed business pursuits formed part of their journey. Therefore, you must plan and make allowances if things do not go as anticipated, she said.

“I returned to Jamaica thinking I would be a tsar in the health ministry. That didn’t happen. Who am I today? The biggest janitor. You must have a plan because sometimes, things won’t go as we would like.”

Having a plan meant that Hinchcliffe was able to overcome challenges and failures and achieve her dream of operating her own business and living in Jamaica. She implored attendees not to wait for someone to change their circumstances but to take responsibility for their success.

Hinchcliffe ended by stating that the plight of women internationally was similar: “By virtue of being a woman, people expect you to stay in a certain lane, but step [out] you must!”