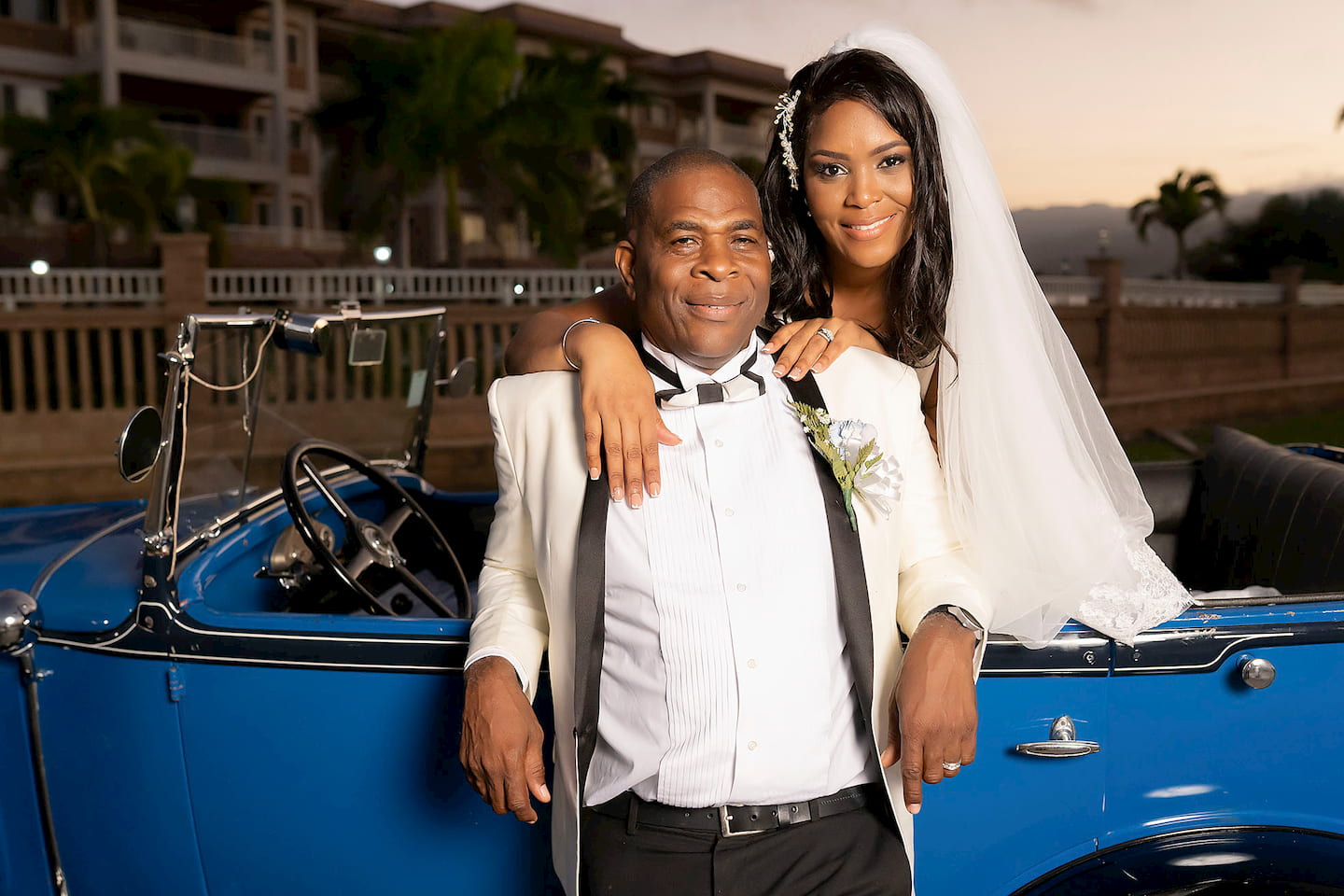 According to speaker, behavioural scientist and writer, Steve Maraboli, “The greatest love stories are not those in which love is only spoken, but those in which it is acted upon”. It took the components of chemistry and fate, mixed with ingredients of respect and requited love, to bring the hearts of Donovan McKenzie and Zarna Newland to holy matrimony.

The couple told Island Wedding that this love story is not your typical tale of ‘boy meets girl’. The meeting was unlikely and a coincidence so uncanny that it caused an attraction that could only be described as kismet.

“Donovan and I were initially introduced through my résumé which was presented to him by my cousin, Garcia. But no physical contact was made, not yet anyway,” Zarna revealed.

In October of 2005, destiny played her part in intervening when the two electrical engineers attended the same race meet at Dover. Captivated by a “nice slim girl” on the scene, Donovan captured her photos, just to make the memory of her effervescent beauty last longer than the fleeting moment. His lens affair was one-sided and his object of affection had no clue that he was smitten.

Fast-forward to a month later. Zarna went to visit her cousin by his office, only to be swoon by a smooth operator. “Heaven must be on holiday,” Donovan uttered when he laid eyes on her on the staircase. It turns out, the aspiring lovebirds were headed in the same direction. Realising this, he soon returned to his office and opted to invite Zarna via telephone to meet with him.

After a bit of hesitation and encouragement from persons in her cousin’s office, she granted an audience with him. The pair got to talking and she realised he was uploading photos from the same race meet she previously went to. Surprised that they were both at the same place at the time, she was equally shocked (they both were) to discover what he had in store for her.

He gave her the precursor of seeing a nice slim girl at the race and taking photographs of her. Before she knew it, Zarna found herself staring at her own image. He was unaware that he was in the presence of his lens affair. But her radiance brought it into focus.

“He looked from [the] screen to me, and from me to [the] screen, in total amazement. No doubt an act of God,” she zealously added.

A deeper conversation ensued, jogging her memory back to the time when her cousin had given her résumé to someone who could assist in finding a job for her. That someone was Donovan. He hadn’t readily recalled her name but after searching, he found her file.

Since then, they capitalised on that fortune, reaping the reward of unconditional love. Shying away from tradition, there was no bombshell proposal, they left all the surprises to the culmination of their chance encounter. They were engaged on Christmas Day of 2012 and took to the church to get the ring blessed.

On January 4, Zarna and Donovan tied the knot and became husband and wife among a sea of supportive family members and friends at Bettino’s Italian Restaurant, Drax Hall Estate. The bride was a stunner in her wedding dress, courtesy of Bliss Bridal. The ceremony was absolutely beautiful and guests were elated to celebrate this pure matrimonial bliss. The reception, which continued in festive fashion, took place in the restaurant’s banquet hall.

“It hasn’t been an easy journey for us, but anything worth having is worth fighting for. Our relationship has been tried and proven worthy, and that’s why we celebrate this union in a grand way. We were always meant to be. But God took his time to create this masterpiece,” the newlyweds shared.

They are looking forward to their honeymoon in Tokyo, Japan, for the 2020 Olympics.