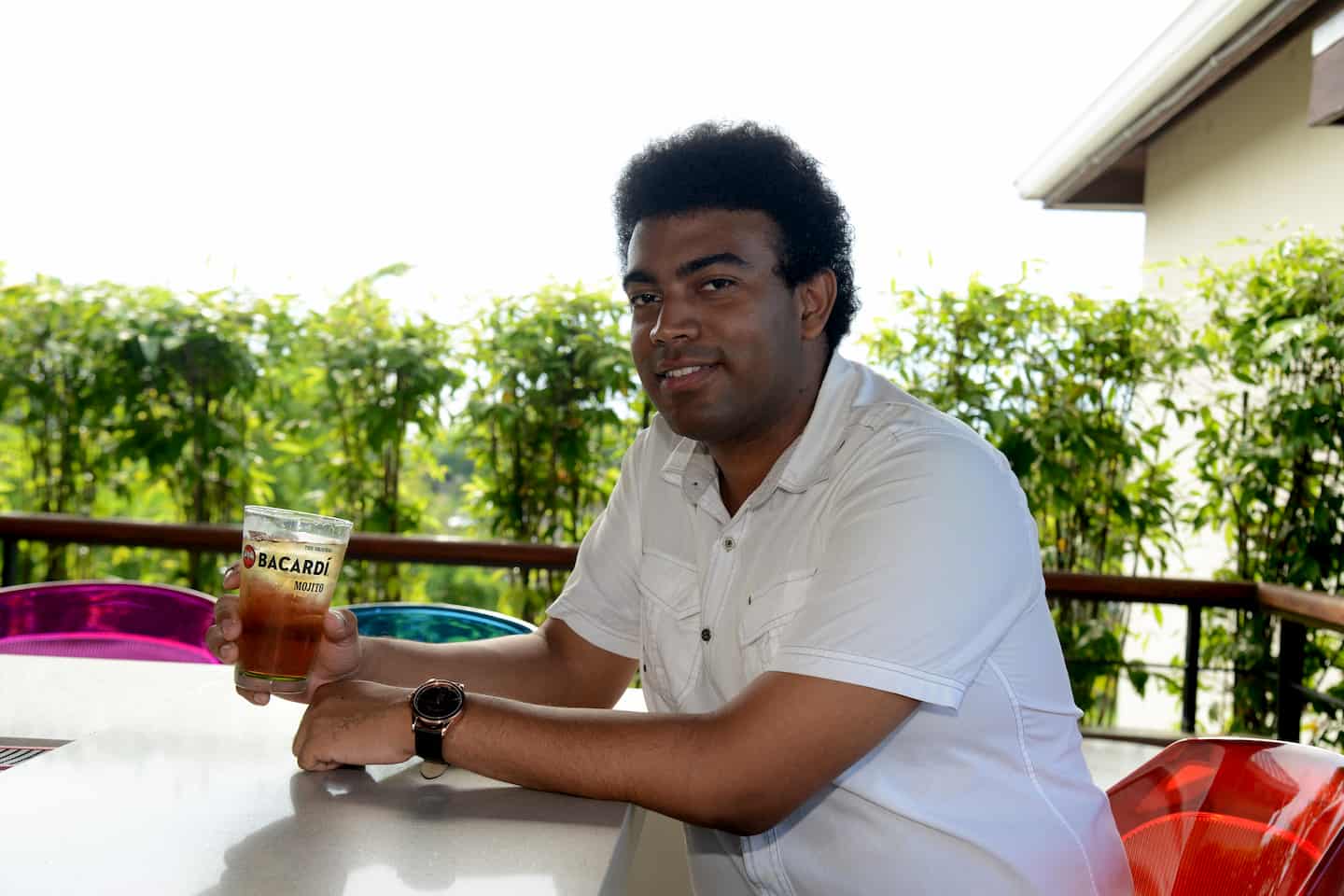 There are many exceptional young people in Jamaica, and especially exceptional young men who can stand as testimony to the fruits of dedication to excellence, and Keenan Folcner is no exception to this. He currently works as a research and economic officer for the Economic Growth Council at the Office of the Prime Minister, but he’s been awarded all sorts of accolades, from the Prime Minister’s Youth Award to the US Ambassadors Academic Achievement award. Now that’s all good and well, but we at Flair needed to know more about why this 25-year-old chose a life of economy and (gently) wowing people on Twitter with his technical knowledge.

It’s completely humid when we met at the rooftop bar Cru overlooking (and competing with) Lady Musgrave traffic. Folcner has wizened energy about him but it’s easy to see that he’s friendly and welcoming. That’s great for us since he’d be answering questions about himself when many people can’t. Folcner, however, freely offers information he deems relevant to the questions, and it’s a lot of information. He starts by talking about his foray into Twitter and how his presence blossomed so much so that he’s now having conversations with people he never imagined would talk to him. Which is an attestation to the community building and networking one can experience on Twitter itself, and also shows just how well regarded Folcner has become on that Serengeti of a site. When it comes to the Jamaican economy, Folcner has his finger on the pulse. He likes that his peers have come to recognise him for his contributions, something that happened completely out of the blue because one night over the summer he shared an opinion and it was shared multiple times over the course of the night. Since then, he’s gone from casual tweeter to the go-to guy for opinions on serious matters.

When Folcner started out at UWI, he was studying the natural sciences, an inference easily made, but then he made the switch to economics when he realised he wasn’t being fulfilled in his studies. “You want something that is relatable. Something you can relate to your everyday life,” he explains almost stoically, but he’s pleased with his choices, that’s plain as day. “Economy isn’t something to be limited to the realm of government business academia, the more each of us understands our role the more each of us can better play our part.” That’s what he uses his platform to promote, accessible economy to finance laypeople, which is a noble act in itself. “Spending money is not a bad thing,” he urges, championing all the young people who went to enjoy themselves this past Heroes weekend. While he’s not a partier himself, preferring the humming electric energy of a sports bar during football season or drink-up with friends instead, Folcner emerged as ‘The Patron Economist for Young Revellers’ across the island. When he’s not working hard, he’s relaxing hard and he’s not shy about preferring the simple pleasures in life, a nice, slow break from the normal high energy of young men his age.

A self-professed mild-mannered, simple man, Folcner sneered at the idea of being a Tottenham fan, not at all surprising from an Arsenal man. What was surprising was the way in which he was fevered to debate and trash-talk the Tottenham team and fanbase at the simple mention of their name. When asked to choose between two of the world’s biggest superstars, he laughed heartily, steepling his fingers “Rihanna or Beyonce”, he knew the answer he wanted. “I once said Rihanna and got in trouble with my girlfriend so the answer is Beyonce.” He wasn’t convinced so instead he went with the very diplomatic “We shouldn’t compare the two.” Speaking of his girlfriend, Folcner gave us some advice on how he kept his four-year relationship going through busy schedules and full separate lives. “It’s not the flashy things that keep us together, it’s the small things, texting, doing things for each other.” He smiled. “Young men shouldn’t be afraid to invest in relationships,” cheekily bringing back his love for finance. “They shouldn’t be afraid to show emotion and work to cultivate bonds that aren’t just romantic but also professional and platonic. They should invest in themselves and their personal growth.” Back to his stoicism with the emotional maturity of a man who’s lived a thousand lives while still somehow only being 25.

To the young men who aren’t as certain about themselves as Folcner is, he left five messages to live by,