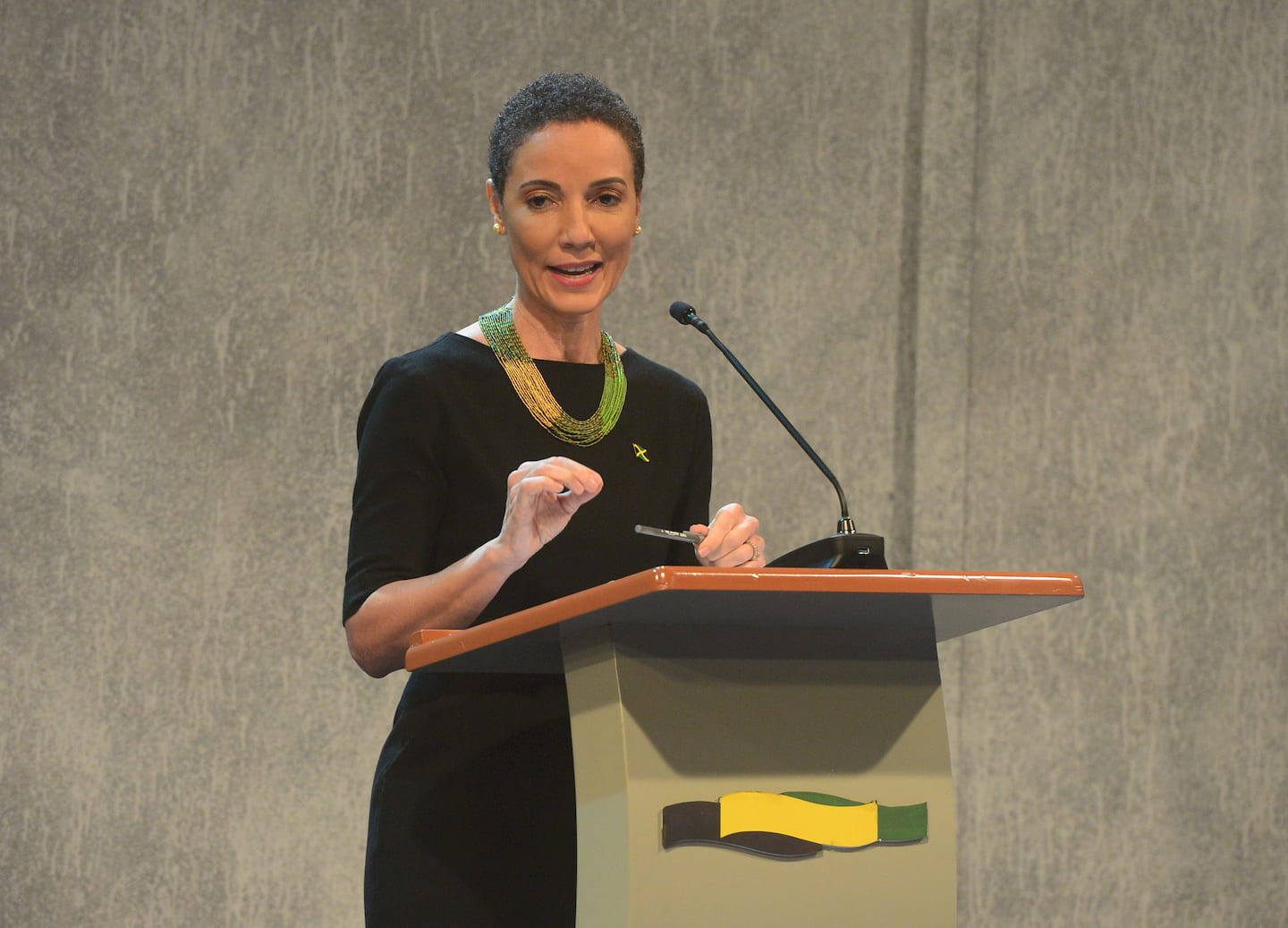 There were challenges, says Johnson Smith on women’s shelter delay

“There were challenges in the procurement,” said Foreign Affairs Minister Kamina Johnson Smith as she sought to explain the Jamaica Labour Party’s (JLP) delay in opening the state-run women’s shelters for victims of domestic abuse it promised in its 2016 manifesto.

Responding to the question posed by Television Jamaica’s Vashan Brown, Johnson Smith, representing the JLP in the first of three national debates on Tuesday, said that the women’s shelters have to be established in a particular set of circumstances.

“They have to be in secret locations so that the women who go there are safe,” she shared.

“Finding those locations in the three counties across Jamaica has been challenging but we’ve achieved it. One will be opened soon, one is being transferred, and one is in the process of renovation.”

Just how soon will the first shelter be opened, Johnson Smith didn’t give a date, but according to the JLP’s 2020 manifesto, the renovation of one property will be completed by the end of August 2020.

“The fact is that since 1984, Jamaica has only had one shelter and it [has] been run by a private NGO, even though we as government support it,” offered Johnson Smith referring to the Woman Inc-run The Crisis Centre, the only one of its kind on the island.

She stressed that the matter of gender and the protection of women and children were issues that the JLP was deeply passionate about.

The senator advised that the JLP would deliver three national shelters that are child-friendly, provide counselling services and training to allow women who are coming from challenging circumstances to safely and confidently reassert and reintegrate themselves and their children.

Responding to Johnson Smith, the People’s National Party’s (PNP) Lisa Hanna said that the PNP had been revolutionary in terms of helping and protecting women, citing the Maternity Leave with Pay Act and Equal Pay for Equal Work.

She said a PNP government would give women in abusive situations a way out by giving them access to a single income mortgage through the National Housing Trust so that they could “rent-to-buy” their own home, referring to two of the PNP’s proposed programmes.

“When women are in an abusive situation, it sometimes is financial because they can’t afford to get out of the home,” Hanna offered.

She suggested that the JLP and Johnson Smith were out of touch.

“I don’t think the minister of foreign affairs understands it because she [has] been on a plane for just too long,” Hanna quipped.