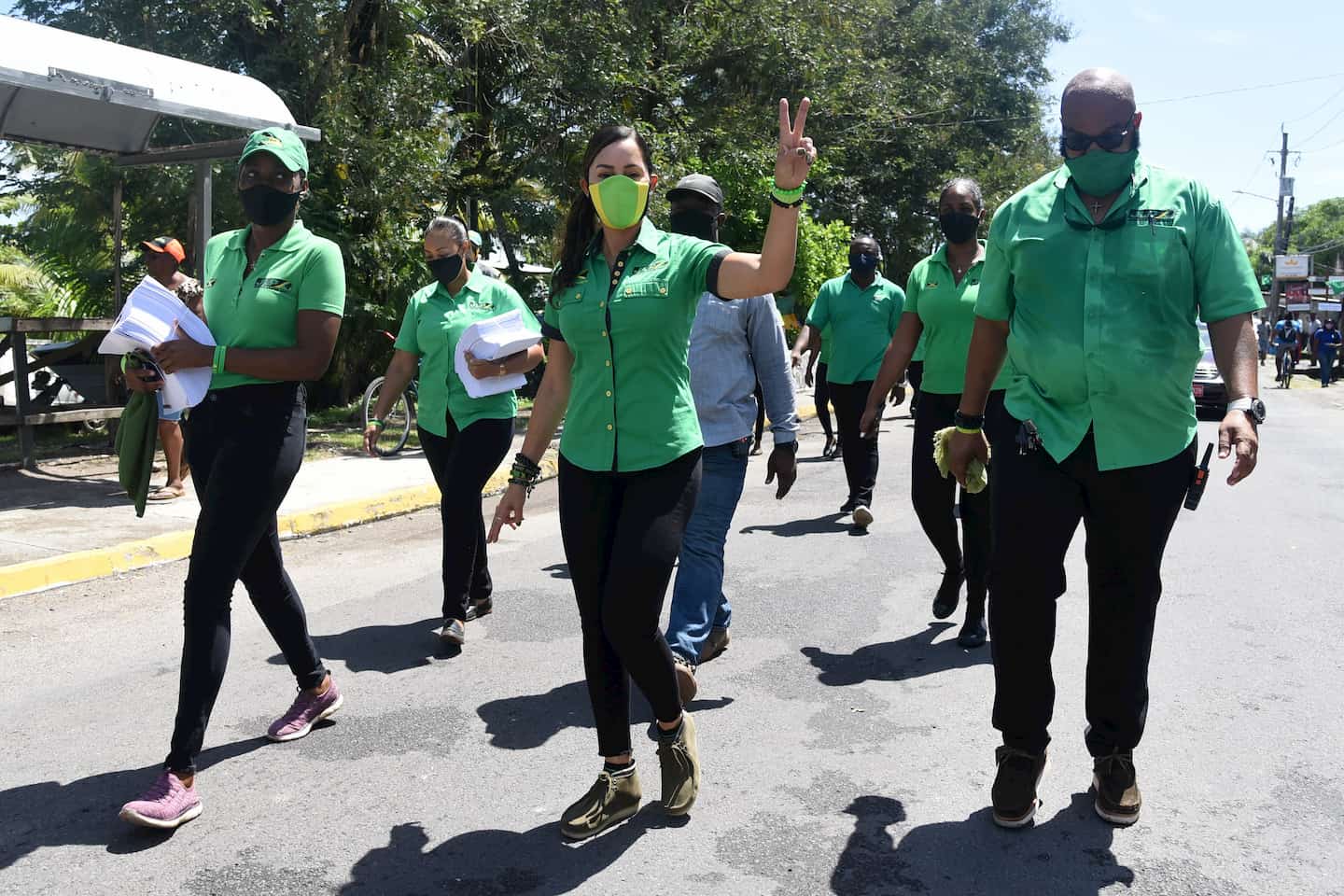 These boots are made for registering

Party-coloured Clarks, Crocs, special edition sneakers and boots were just some of the footwear candidates and their supporters wore on nomination day as they toured constituencies, pounded the pavement and registered to contest Jamaica’s 18th general election.

In Portland Eastern, Ann-Marie Vaz, the incumbent member of parliament danced to Jahvillani’s Clarks Pon Foot while wearing a pair of the popular British-manufactured shoes.

Over in ‘SESA’, Lisa Hanna, the incumbent member of parliament for St Ann South Eastern struck a pose in heels and a custom bodysuit by Romeich Wear.

From the days of ‘Wukka Man’ boots and less colourful Clarks, fashion has always made a political statement in Jamaica. Here are our favourite nomination day shoe picks:

His and Hers Clarks

Tova Hamilton, the JLP candidate for Trelawny Northern stood on the steps of the Trelawny Municipal Corporation Building in Falmouth in colourful green Clog Crocs.

There is just something about a pair of boots that makes you feel ‘powerful’, as was obviously the case for Venesha Phillips, the PNP’s candidate for St Andrew Eastern.