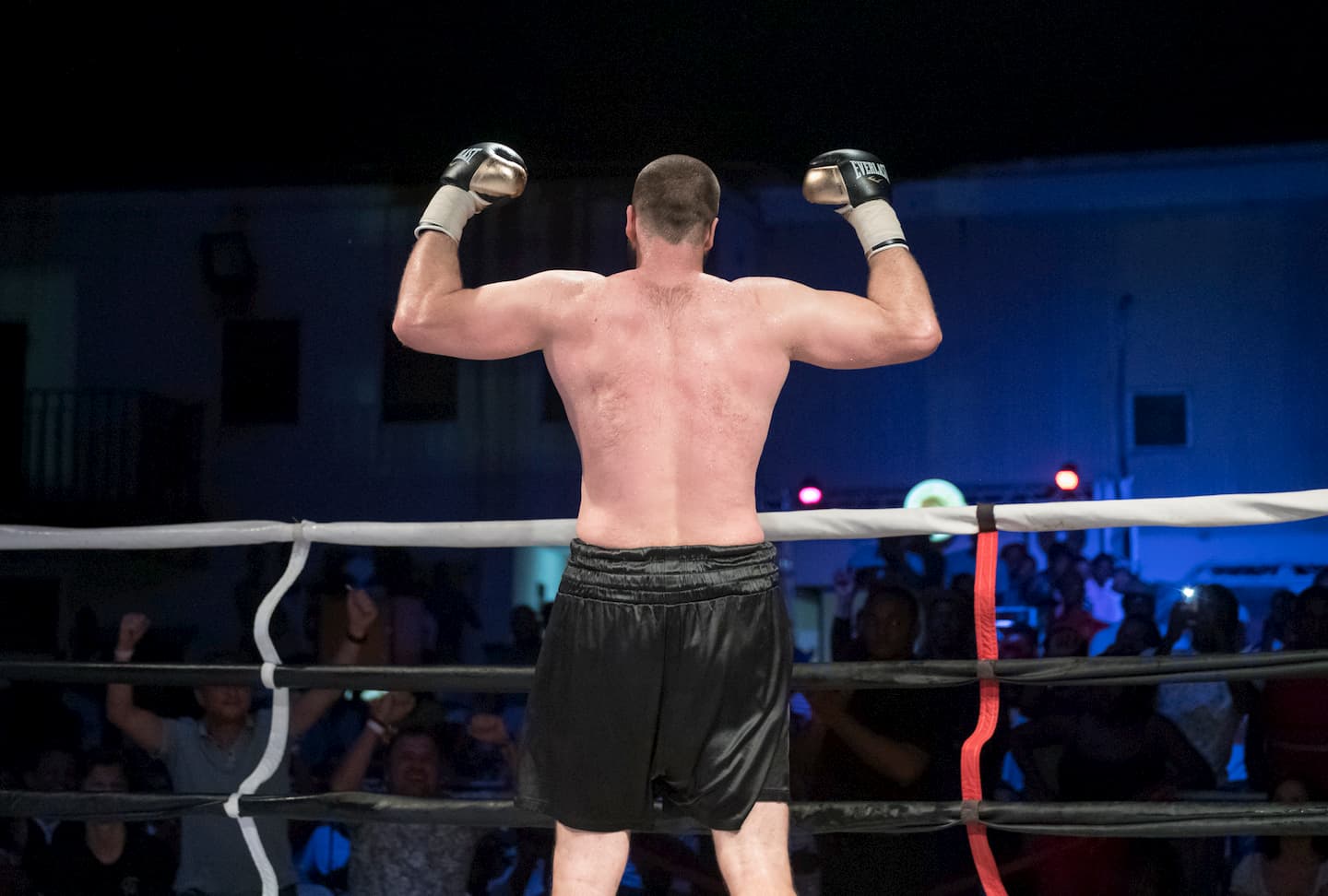 This war dog is tired

I’ve often prided myself on the fact that I’ve never got into a fight.

There was one incident in prep school where punches were thrown, but it ended in like 10 seconds, so I don’t think that counts.

But any brawls that led to bloodied lips, blackened eyes, and trips to the emergency room? Nah, never had any of those.

Truth is, even if I got into fights, they probably wouldn’t end well for me.

I’m no punk, but I’m not Jet Li or any of those other short guys who can kick ass. Plus, I’ve hit myself a few times, accidentally and otherwise, and I’m not sure I can take a hit.

When I was tad healthier and actually used to exercise, I did a little kick-boxing as part of my workout routine. I had the gloves, mouthpiece, and everything.

One day, the dude I used to spar with accidentally (seriously, it was an accident) kicked me in the thigh. No biggie. I walked it off and continued the workout.

By the end of the day, my thigh was swollen. By the following morning, walking was not something to be done at a fast pace.

The point is, if I had got into a real fight, I probably would’ve been out of commission for months.

The thing with fights, though, is that depending on what started it, you might end up the loser even if you win.

Knowing my luck (at times), it’s highly possible that I’d get thrown in jail, maybe prison, and then I’d really have a fight on my hands.

So I’ve always tried to steer clear of any physical confrontation.

The thing is, though, I do get into fights all the time; it’s just that they’re all in my own head.

I’ll leave home with the intention to not let anyone get me flustered. Five minutes later, after the third vehicle overtakes you so close that I can smell the cologne of its passengers, I erupt like Mount Fuji.

The words and thoughts that emanate from me are strong enough to start a good old fisticuff. But I never carry them out.

I don’t drive fast enough to catch up with the moron motorists anyway. So I’m left to fume in my car, my temperature rising faster than the vehicle’s.

These are enough of those incidents on the roughly hour=long trip either way, and I am one tired basket case, mentally, by the time I get to where I’m going.

Whenever I look at the schedule for the day and realise it’s likely going to be difficult, I envision the arguments I believe that I’m likely to get into.

That’s not a healthy way to live.

Don’t get me started about when I’m lying awake at night and I think up a response I could have used against someone in an argument seven or 10 years ago.

The biggest fight of all is creating fantasies in my head that I tell myself are ‘plans’. Subconsciously, I know they’re crap, but when reality kicks in, I feel like I’ve lost a battle.

Now that takes some doing on my part. I guess the world is better off with me keeping these fights in-house.