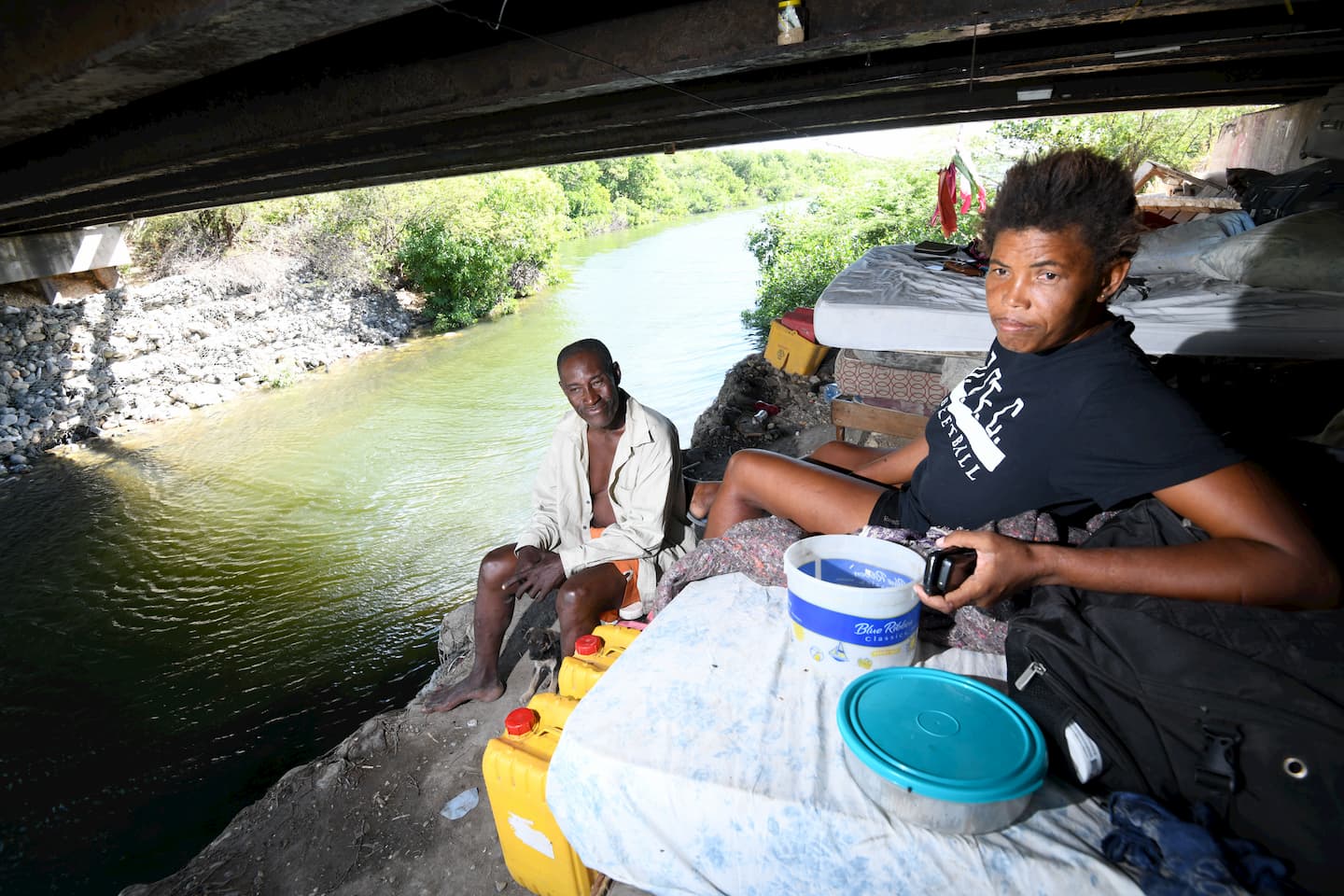 Walking on the love bridge

For those who don’t know, my ‘day job’ is with THE STAR, and I had more than a smirk when I came across a story last Tuesday about a man who lives with three women under a bridge in Portmore.

Now, according to one of the women who shares the airy abode, he invited them to live there to protect them. Well, he must be protector supreme, because the quartet has been together for almost a decade.

First off, somebody needs to hire this gent as a salesman, because if he can convince women to live with him under a bridge, he should be able to sell anything. One of those life insurance companies would love to have this guy; he could market stripes to a zebra.

Second, these women are probably the epitome of the Bible lesson about faith as big a mustard seed moving mountains. ‘Great Is Thy Faithfulness’ is probably the favourite hymn of these women, because they must have been working with some serious vibes when they accepted his invitation.
Like Giacomo Casanova said, “Love is three-quarters curiosity”. They must have been hella curious.

Now, I’ve got to tell you, I’m slightly envious of the bridge boss. Let me hasten to say, I’m not crazy about his living arrangements. I prefer to have a roof that vehicles aren’t driving on, I like running water that comes from pipes, not a waterway, and while I appreciate fresh air, the lack of windows and walls isn’t my thing. What I envy him for is that in a world where some men are finding it hard to keep one woman satisfied, he’s keeping three! Bruh, mi lif’ mi hat to yuh.
I’ve never been married or had a real girlfriend (yes, I’m that pathetic), but even I know that relationships take work. Whole heap!

Plus, with multiple persons living in a household, there are bound to be clashes of personalities at some point. It’s a stereotype (but in some cases it’s true) that women sharing the same space can be a tad tricky. Well, don’t ask me how this man pulls it off, but they seem to be coexisting just fine.
What the ‘bridgemance’ (bridge romance) shows you is that it’s not only about what you have property-wise that gets you in good stead with the ladies. Sure it helps with some of them, but for others, they just really want to know that you care and that you’ll always be there for them. For those women who aren’t as independent as they would like, they would also need a man who cares for their needs without bullying them.
Apparently, the Portmore prince ticks all these boxes. Good for him.

Too many of our men think that all they need to get women resides in their pants, both the pockets and the crotch.
Not even close fellas. It’s also about what’s in your brain, and what’s in your heart. And I ain’t talking about cholesterol.
In the end, nothing beats real love. And nothing should.