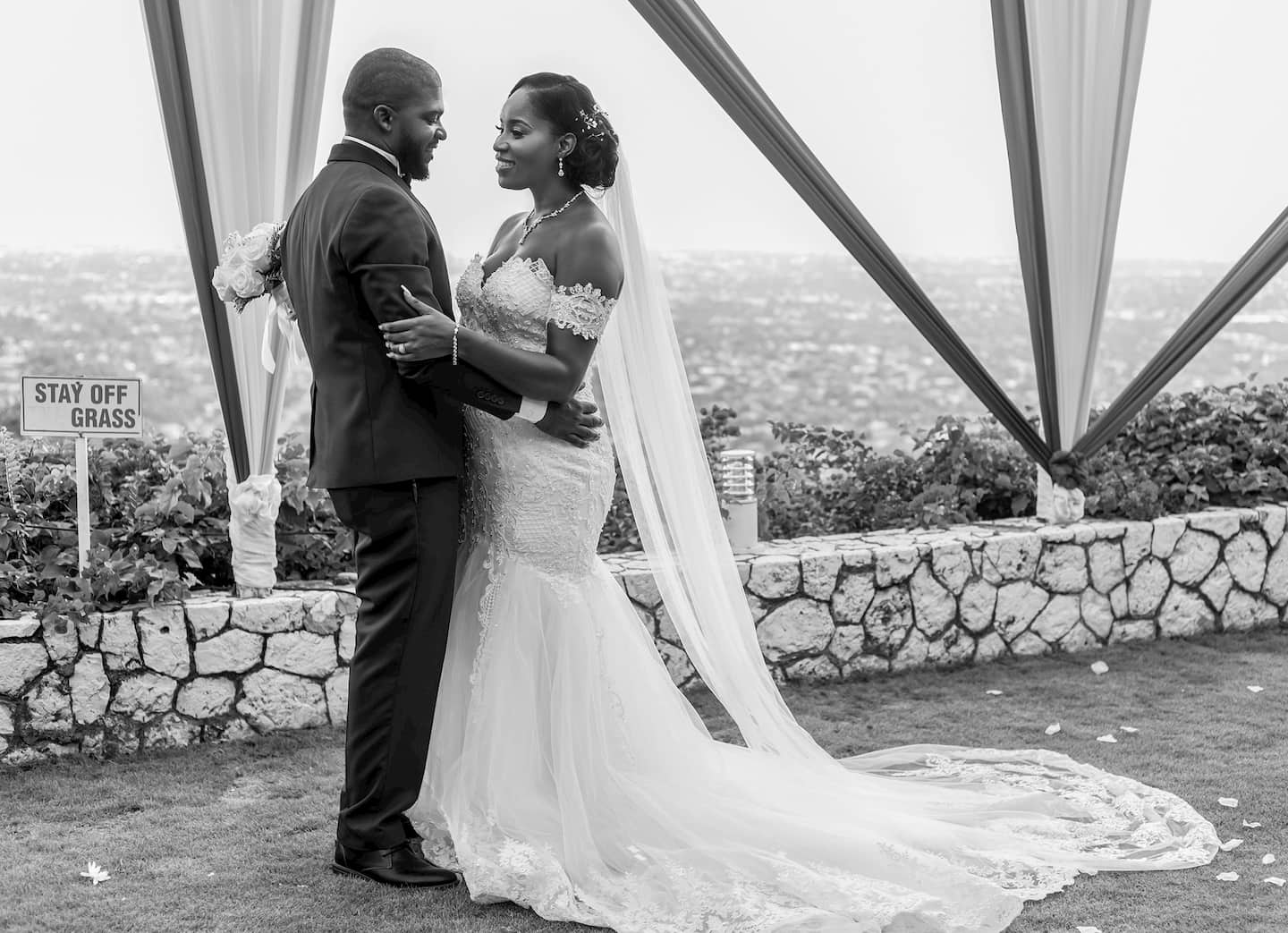 Winning at Love with The McCarthys

Love has this remarkable way of finding you when you least expect it, and at the unlikeliest of places. For Charlon McCarthy and Chrison Francis, that seed of intrigue was planted when they first met while working at the same company.

Months after their introduction and encounters, Charlon received the sad news that Chrison was resigning from the job. He thought all hope was lost. “If only I had got that chance to talk to her and let her know how I feel,” he lamented. But fate intervened. And with the duo remaining in contact, it wasn’t long before they began talking and connecting on a deeper level.

The initial spark experienced on their first date was thrilling and enchanting; it felt as though they were meant to be. “It was wonderful. We spoke as if we knew each other for years. I wanted to know more about him,” Chrison told Island Wedding. Charlon agreed, sharing, “You would think that we had been friends for years.” He, however, had no intentions of parting ways that night on platonic terms, because it took him only one date for him to realise that Chrison was the one for him. Following the yuletide season, the loving pair began spending more time together, and in January 2015, they made their relationship official.

Loyal by nature, romantic, smart, supportive and irreplaceable, Charlon adores the fact that his beloved is big on family, and goes above and beyond for the persons she cares about.

“She’s witty, a brilliant thinker, helpful, great at giving constructive feedback, and she keeps that passion and fire burning bright. She pushes me to be the best version of me. I believe God made her for me.”

While for Chrison, she continues to find her significant other intriguing, easy-going, selfless, caring and free-spirited. “When we met, my mother was ill, and each day he would call or text just to check-in. He makes space for my goals as well as his. He has been my motivator. When I’ve doubted myself, he is always the one to say, ‘Babe, you can do this.’ He is my confidante. I’ve enjoyed having those sweet pillow talks, and those vent-driven ones, too, as he is always there to put a smile on my face. He is always up for my impromptu road trips. I love it.” She knew he was her ‘forever’ when even at their lowest moments, she still loved and appreciated him.

After growing and glowing together for four years, Charlon decided that it was time to ask the woman of his dreams to be his wife.
The proposal was in the planning stages two months before the actual engagement date and involved the presence of Chrison’s family overseas. Charlon explained further, “She is big on family, so I decided to have a family dinner for her birthday. I had contacted her brothers in the summer regarding the selection of a ring, and purchased it online. Her oldest brother was coming to Jamaica, so I asked him to take it with him. I knew that the dinner would get her mind off me doing anything else. Little did she know that this was just the appetizer before the main course. We had dinner at Fromage, and had one of the waiters sing while I popped the question.”

An elated Chrison wasn’t surprised, but nonetheless excited that he chose to gather her family for the dual celebrations, “The only word that comes to mind when I think of the proposal is heavenly. When I first saw my brothers, that made me cry, even before I saw a ring, as he knows I am big on family.”

The bride-to-be worked with a wedding consultant and close friend, Terry-Ann Foster-Henry. This, she said, made the planning super smooth. “She ensured that all my dreams were executed immaculately on the day.” Her maid of honour was her rock throughout the process, and she doesn’t have enough words to thank her mother, who was her florist and whatever else she wanted her to be.

On September 12, before God, close family members and friends, the two were joined as one in holy matrimony. The City View Hotel was the location for both the ceremony and reception. Groom Charlon was dapper in his royal blue-and-black suit, and Chrison was beauty personified in her stunning sweetheart-cut mermaid bridal dress.

Breathtaking, and nothing short of fun. The bride revealed that she achieved her mission in celebrating love, being surrounded by family and friends, indulging in food and all the festivities, courtesy of party starters 876 Sounds, among others. “When I received her from her brother and realised we were both crying and I was like, this is it … stuff just got real,” the groom admitted as being the highlight of the wedding.
“It was amazing, and all that we hoped for. We live for those memories to be kept alive for many years to come, to remind us of the reason we said ‘I do’ and keep our flame burning for eternity,” the newly-weds declared.